An airfare war is raging over the Atlantic, and the owner of British Airways has just fired a new weapon.

From John Kemp, via twitter, change in rigs this past week, down in Permian; up everywhere else:
Propane


Do you remember the severe propane shortage back in 2014? See this post.  From the EIA this week: 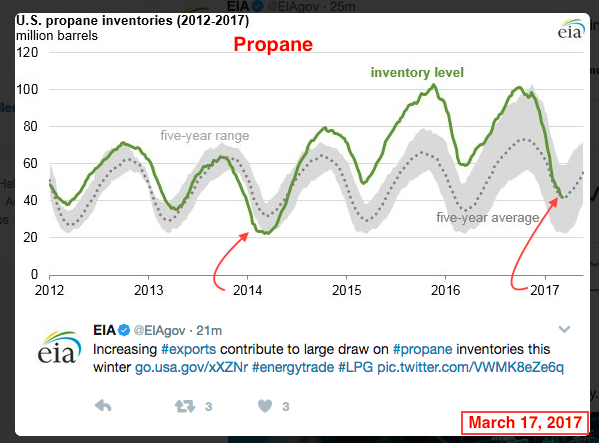 
Saudi: if crude oil stockpiles remain above the five-year average, OPEC will extend production cuts beyond June when the cuts are due to expire. His statement allowed plenty of wiggle room but it's pretty clear what he was saying.