New e-mail disclosure and the fact that the FBI is re-opening its investigation is having no effect on the polls, at least the USC-Los Angeles Times poll. It's now been long enough for that story to have impacted the polls if it was going to, but it hasn't. In addition, Drudge says this new e-mail revelation is not trending. Pundits say this will be difficult for Huma to be part of the next administration. Whom are they kidding. That which does not kill us makes us stronger. If Hillary is elected, Huma will be by her side.


Lunnen Estate Real Services an industrial real estate development and brokerage company along with their partners have acquired 83 acres adjoining the Dakota Access (Energy Transfer Partner's) crude oil gathering Trenton Terminal West of Williston in Williams County to add to their 1804 Industrial Park. This acquisition will expand the park to over 200 acres of heavy industrial land intended for crude oil storage and ancillary oil companies around the terminal.

"Next week" begins today. Will we see news of a newly formed energy company made up of bits and pieces of GE and BHI today? From a couple of days ago, this story for those who missed it. From MSN/FT just a couple of hours ago (October 30, 2016, 2:50 p.m. Central Time), this story, data points:

Nice overview of the Bakken in The Grand Forks Herald. For newbies, Grand Forks is on the opposite side of the state of North Dakota, about 300 miles east. It's been my impression that once one gets east of Minot, many North Dakotans are unaware of the positive impact of the Bakken. This story provides some nice data points:
The 30 active rigs will drill about 600 new wells each year -- enough to maintain one million bopd, in my opinion, but way down from the 2,000 wells/year we saw at the height of the boom -- but remember, they were drilling as fast as they could in the beginning of the boom -- just like a typical gold rush: folks were staking their claims. Oil companies needed to drill a well in every drilling unit to hold their lease by production. Economics mattered, but holding claims mattered more.

The Williston Herald has a story on the growing Williams County jail. Perhaps they should have converted some of the man-camps to more jail cells. LOL. By the way, the new "cell blocks" remind me of the "original Halliburton man-camp east of town; the "cell blocks" are being manufactured in Georgia (US, not Russia).

Preparing brisket and vegetables. They will be slow-cooked in separate slow cookers. I am comparing a 6-qt Crock-Pot, side-by-side with a 7-qt Black & Decker. Hands down, I prefer the Black & Decker. 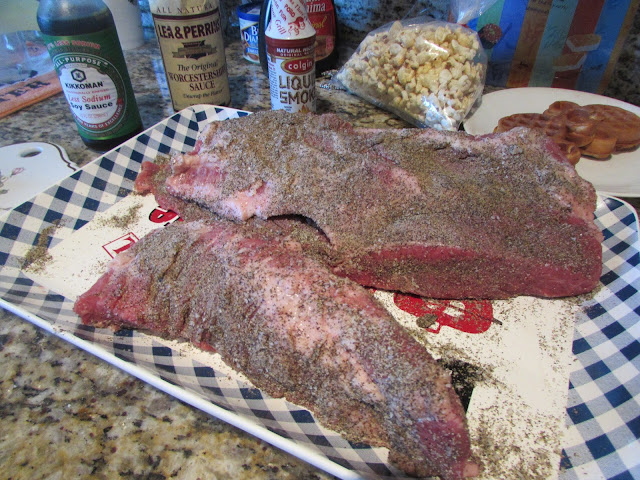 The brisket will undergo several more trimmings to remove the fat. After it has cooked, I will remove the rest of the fat, which comes off easily once cooked. Some folks remove the fat during the cooking process to further decrease the amount of fat in the final incredibly delicious product. 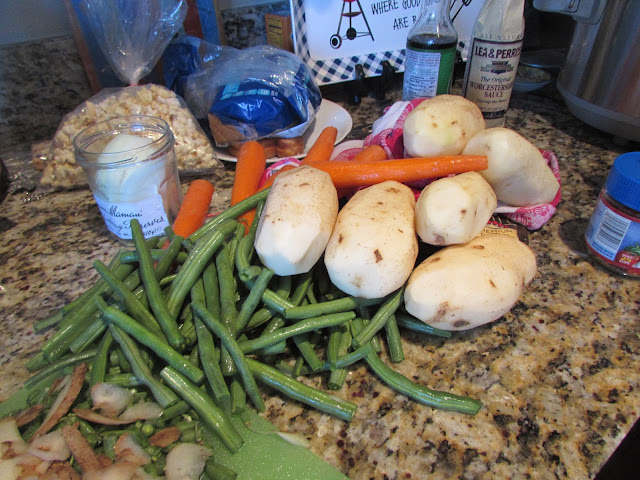 The potatoes and carrots will be cut down to size.
Posted by Bruce Oksol at 9:15 AM