[The following was done quickly; there may be errors. I will check later.]

Yesterday a reader sent me the Enable story, an open-season for a intra-county/inter-county pipeline for gathering Bakken crude oil in Mountrail and Williams counties to deliver to an in-state regional pipeline. That would be a new pipeline.

I forget who sent me that story, but I think it was the same reader who now sends me this story, about a Bakken crude oil pipeline expansion. San Antonio Business Journal is reporting:

The proposed BASH expansion would be built near the pipeline’s Ramberg Station, allowing shippers to access multiple pipelines and rail-loading facilities, according to a Tesoro Logistics statement. The initial storage capacity at BASH is expected to be at least 1 million barrels of crude. The first 360,000 barrels of capacity is currently under construction, anchored by affiliate Tesoro Refining & Marketing Company LLC.

I thought I had posted a story on BASH some time ago, but I can't find it on the blog. I did not look too hard; I have to leave in a few minutes to take the granddaughters swimming.

At the Tesoro Logistics website/presentation, click on Citi 2013 MLP/Infrastructure Conference to see their Bakken pipeline operations, slides 10 and 11.  I assume this presentation will be at the link for only a few months. 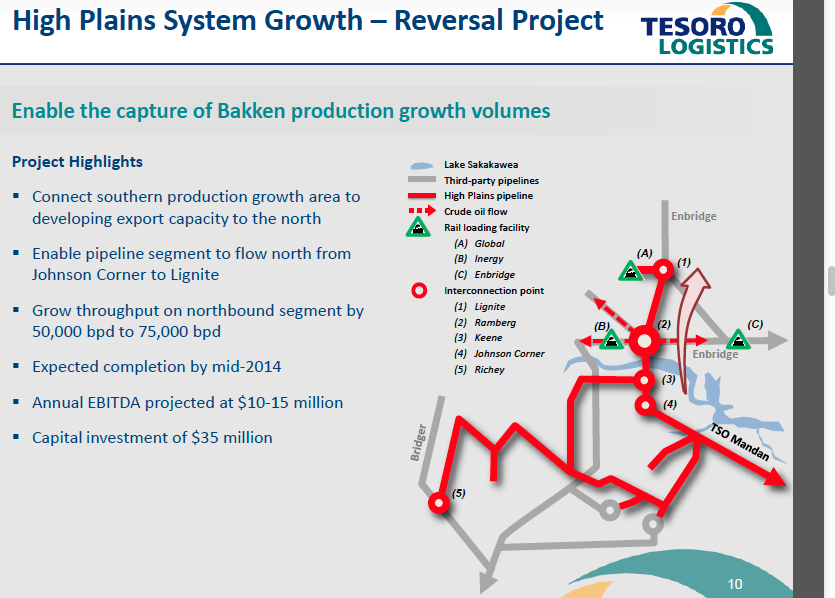