This Is The REAL Russian Collusion -- While US Congress Dithers -- February 5, 2019


Saudi Arabia and its Persian Gulf allies are backing a formal partnership with a 10-nation group led by Russia to try to manage the global oil market, according to OPEC officials, in an alliance that would transform the cartel. 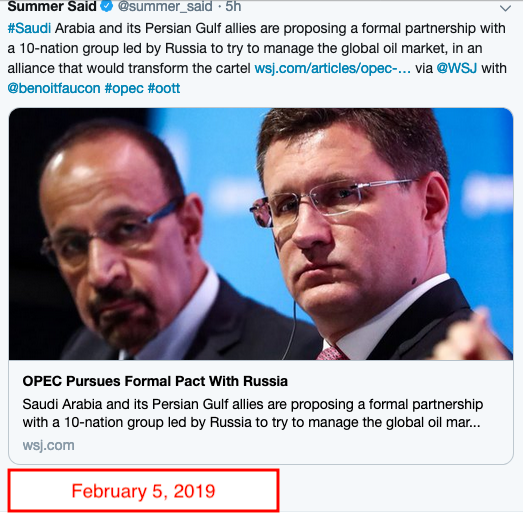 There were other stories earlier this week in very respected media outlets that Saudi Arabia and other Mideast princes were literally in the fight of their lives for their very survival. Back in 2014, or thereabouts, a lot of folks said shale would not make up the difference in loss of off-shore CAPEX/production, but, in fact, many off-shore projects were in the works and were expected to come on line by 2020. So, Russia and Saudi Arabia are facing a double whammy by this time next year: the Permian is going to reach its stride; and, all those off-shore projects are going to start coming on line.

Look at the Saudi cash reserves as of October, 2018, at this link.

Now, the most recent data, one year; five year (most relevant, and most stunning); and historical "max." 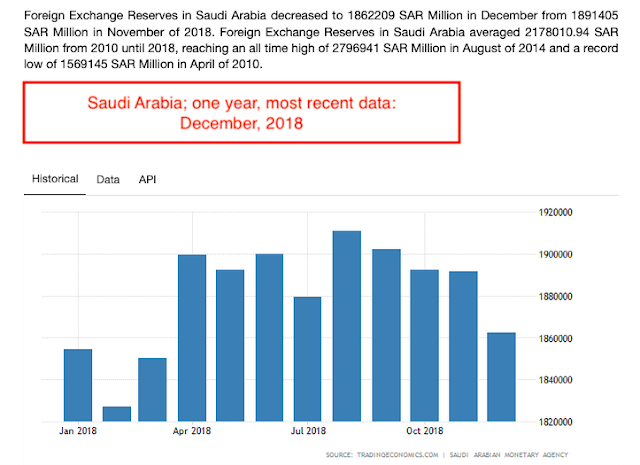 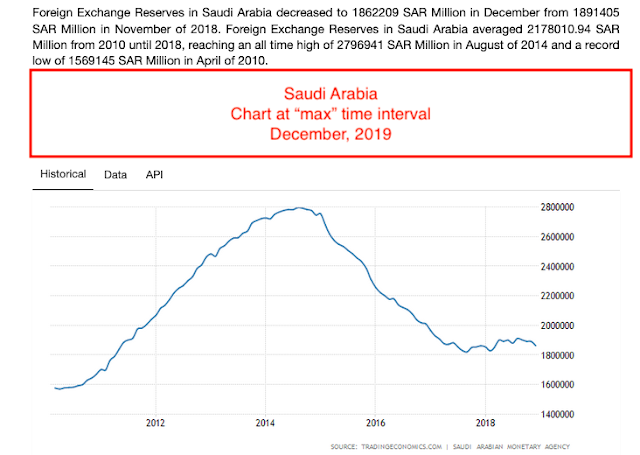 Most interesting for me will be the 74 comments (so far) at the linked WSJ article. Gist of the comments:
Meanwhile,  amount of oil the US imports from Saudi Arabia: 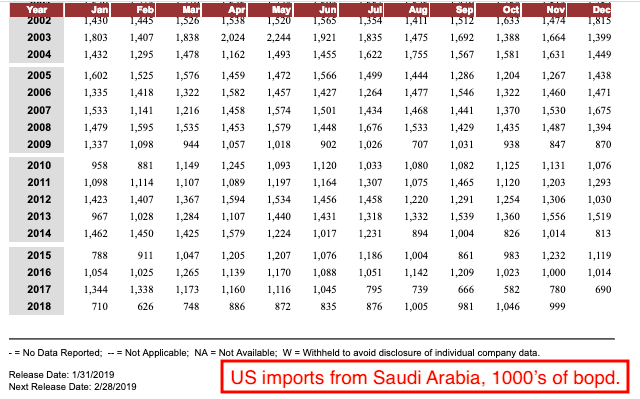