When I saw the numbers, this was my unedited, not ready-for-prime-time e-mail note to a reader:

Supports my theory that movers and shakers around the world are purposely trying to push the US into a recession to destroy Trump. I don't see any data to suggest US economy is doing poorly -- at least to the extent that the stock market is imploding.

The New Time Times said that before the data was released that "if the month's figure reaches or exceeds the expectation of 180,000, it would be a solid cap to a year of robust hiring." 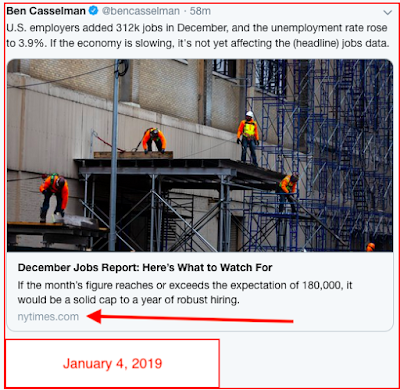 Link at The New York Times. 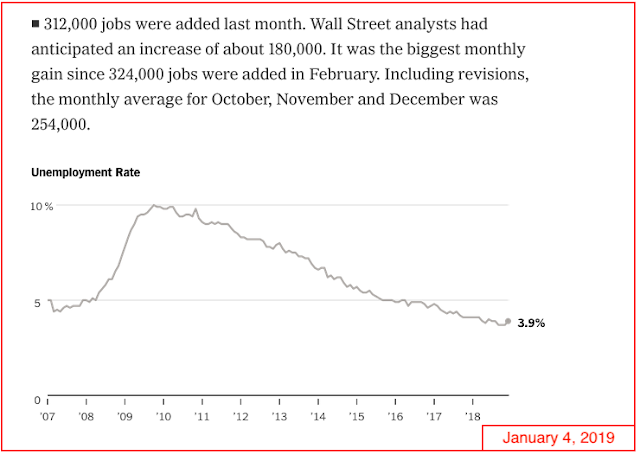