Original Post
This should be fun for newbies and long-time readers. This is going to be a long post. I recommend getting out the popcorn and a beverage of your choice. Remember, I have no formal training or background in the oil and gas industry. This is simply my observations, my opinions, and they could be way wrong. I'm sure there will be landmen and roughnecks that laugh at my observations but that's fine. For all their hard work under very, very tough conditions, they deserve a bit of entertainment. However, if this information is important to you, talk to an expert.

We will start with the screenshot: 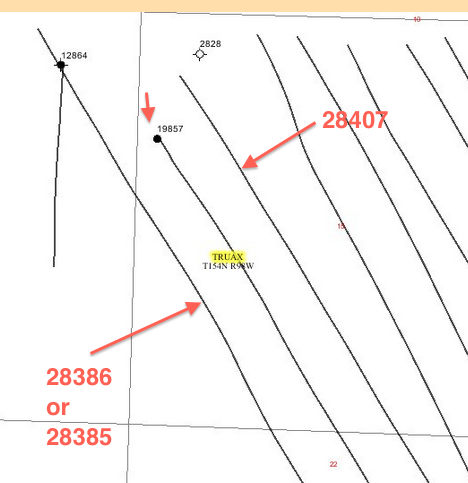 Look at the jump from September / October to November / December, 2014.

By the way, did the well ever produce this much before November, 2014? Nope, not even immediately after the original frack -- production never got above 20,000 bbls, and here, after three or four years, this well produces almost 30,000 bbls in one month. This is the production profile for the first three months of this well, completed back in late 2011:


So much for "the dreaded Bakken decline rate." It maxed out at 18K its first month, and then several years later jumps to 30K in one month.

Go back and look at the screen shot of the GIS map where this well is located.


And that, folks, is called the halo effect of fracking.

Note the following:
The last two bullets are very, very interesting. I opined a long, long time ago that running new, neighboring horizontals in the opposite direction (heel-to-toe vs toe-to-heel) might have more of a halo effect than running in same directions.

Some other points to make:
So, now "we" have two things to think about when talking about "the dreaded decline rate" in the Bakken:
And we haven't even begun to talk about EOR.

By the way, back to the halo effect of fracking. This opens up a whole new area of discussion. Is it more cost effective to re-frack an old well, or more cost effective to drill and frack a new well that neighbors older wells. At some point, they will drill/frack a horizontal midway between two older neighboring wells and perhaps get a jump in production in the two older wells as well as great production in the new well.

The Bakken has a lot more stories to tell.

And this is another story, 7-month-old Sophia: