As I've said many, many times: the Bakken never fails to amaze me.

Look at this graphic: 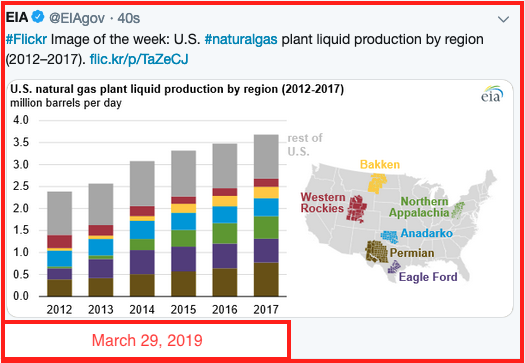 Comments:
"A significant player." Wow, what an understatement on my behalf. Wow.

This is absolutely incredible. Look at this. Just hours after posting the above graphic, EIA posts this graphic: Note: Some EIA publications categorize NGPL production as field production, in accordance with definitions used prior to January 2014.

I do not know if there is a difference between NGL and NGPL (natural gas liquids and natural gas plant liquids). For purposes of this discussion, probably not.
Posted by Bruce Oksol at 10:11 PM