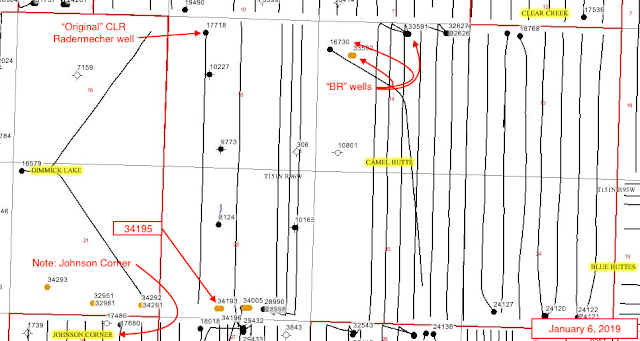 Note: original post is left unchanged (unless there is a major factual error or typographical error) but the production data is updated.

The original Radermecher well, a 1280-spaced, Three Forks well was drilled/completed back in 2009:
That well is sited in section 15-151-96 and the horizontal runs north to south.

It's possible they have not been fracked yet. The production profile of the original Radermecher well (#17718) has never been taken off-line. It is customary to shut in wells when neighboring wells are fracked; but we will know more this week when the newer wells start coming off confidential:
I assume the "H" (#28990) is a middle Bakken; the H1 (#28991) is a Three Forks, first bench; and, the "H2" (#28998) is a Three Forks, second bench.

Since then this well has plateaued off to about 1,000 bbls/month. 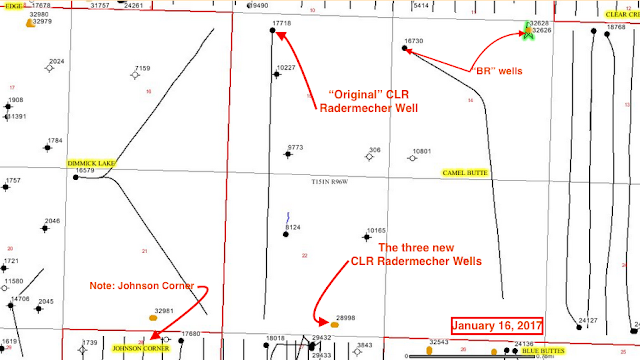