The Bakken Revolution And The Pipeline Buildout -- July 14, 2019

Before I get to the ArgusMedia article, a note that a reader sent me last night:


As a further indication of the future pathways of natgas, LNG, and the amazing confluence of numerous technologies, Cheniere just signed a contract to provide LNG to the Norwegian company, Hoegh, who is placing the just-christened "Galleon" off Port Kembla, Australia.

The Galleon is a floating storage and regasification Unit (FSRU), essentially an LNG ship that has the capacity to regassify the liquid and deliver it ashore.

The Port Kembla import terminal is being built especially cheaply ($170 million) and in a very brief time frame (~16/18 months). The terminal is expected to provide 70% of the gas needs for New South Wales.

The ability to cheaply liquefy (in ever smaller volumes), store, ship, and regassify natgas is upending long standing practices on a global scale.

Combining the ability to now deliver gas quickly to far flung locations around the world, coupled with the latest iterations of built for purpose combined cycle gas plants, countries such as Brazil, Bangladesh, Jamaica, Argentina, Pakistan and several others are quickly embracing this emerging, disruptive paradigm.

World's largest FSRU is departing Turkey and soon will be setting up in Hong Kong.

Now, back to the ArgusMedia article:

Although this is a short piece, it's certainly worth reading, from ArgusMedia: how the US shale boom has propelled pipeline infrastructure buildout. Essentially it's a 2 and a half minute video but it's pretty good. 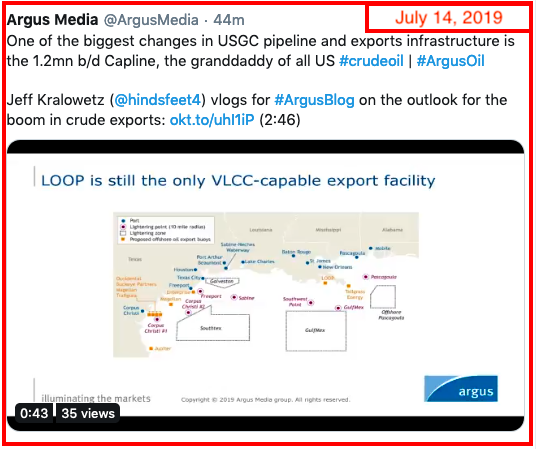 Houston is the chokepoint. 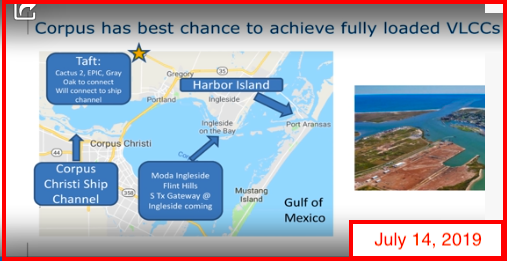 Link here to The Bismarck Tribune.

A Bismarck man whose invention in 1964 revolutionized walleye fishing is being inducted into the North Dakota Fishing Hall of Fame.

The bottom bouncer today is a staple of most anglers’ tackle boxes, for fishing lakes or rivers with weedy or rocky bottoms that can cause a lot of lost tackle and frustration.
They have the late Bob Meter to thank. Half a century ago, his own frustration led to the creation of what has become a classic piece of tackle.

Meter was one of the North Dakotans who “put fishing on the map,” said Bill Mitzel, editor and former publisher of Dakota Country Magazine.