As Far As I Can Tell, The Farmers' Almanac Did Not Predict The 2019 Polar Vortex

Later, 4:01 p.m. Central Time: just minutes after posting the note below, I see that the WeatherChannel has re-framed their question. I guess the producer(s) were told that the game inside a stadium with a retractable roof because the new question is: will they retract the room on the dome? Wow, talk about sophomoric.

Before we get started, the dumbest question that WeatherChannel reporters are asking this week?

Before guessing, remember: the WeatherChannel is based out of Atlanta, tends to focus on Atlanta, and the Super Bowl will be played in Atlanta this Sunday.

The question: how will the weather affect the Super Bowl this Sunday?

Well, duh, the polar vortex will have swung through Atlanta well before the weekend. The forecast is for 62 degrees and dry.

Oh, yeah, and one other thing: helllllooooo.... the game is indoors -- but the roof of the dome can be retracted .... but if it's really, really cold, and/or raining, why would they want to do that?

Now back to The Farmers' Almanac. 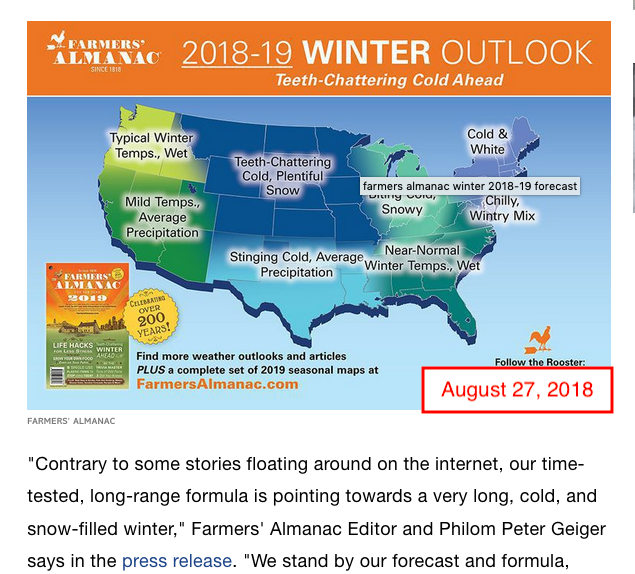 The top seven hits when asked if The Farmers' Almanac predicted the 2019 polar vortex: 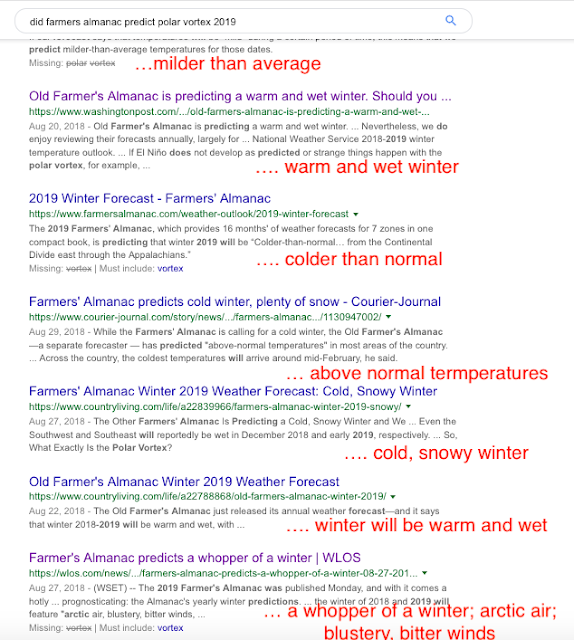 Less than six months before we got hit with the polar vortex, no one predicted it ... as far as I can tell, and yet we know that the earth will be 2.7 degrees warmer one hundred years from now. The science is settled. 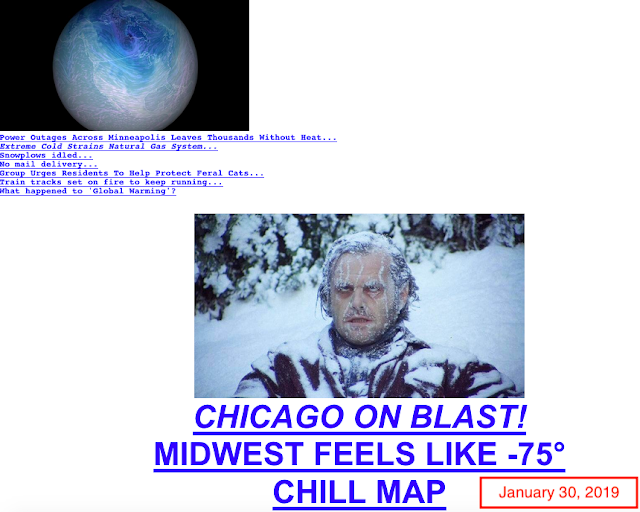