It's Always Darkest Before The Dawn -- The Market, Energy, And Political Page -- December 9, 2018

From the linked article, two items: 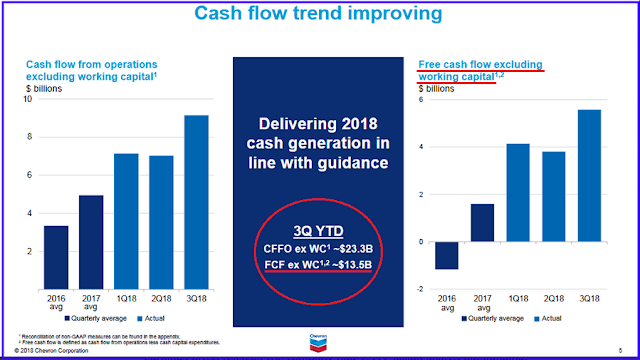 
All of this free-cash-flow generation is the result of a production profile that continues to be the best of the integrated majors.

Average daily production is expected to be up ~7% this year.

Big Foot, a big project in the GoM that has had a checkered past, just recently achieved first oil. Big Foot is designed for a capacity of 75,000 bopd and 25 MMcf/d of natural gas. Chevron is the operator and has a 60% working interest. Equinor, the old StatOil, has a 27.5% stake.

Chevron's working interest in Big Foot equates to 45,000 bpd oil and 15 MMcf/d natural gas net to Chevron. That significant even for a company of Chevron's size and is a positive catalyst moving into 2019.


Meanwhile, in the White House, lots of changes being announced for the second half of the Trump's first term. State Department spokeswoman Heather Nauert is Trump's choice to succeed Nikki Haley as US ambassador to the United Nations, even as the White House moved to downgrade the job from a Cabinet-level position. Nauert, a former Fox News host who arrived at the State Department in 2017, would be a relatively inexperienced newcomer in one of the most high-profile positions in US diplomacy. Her nomination sets the stage for a potentially tough Senate confirmation hearing, where [mostly old white men] will likely grill Nauert on her qualifications for the position.

Is it just me or does it appear the three pretty boys of politics, across two continents and three nations, are starting to implode? Beto, Macron, and Trudeau. Beto could be the outlier but the other appear to have crashed and burned.