October 26, 2017: an intrepid soul has trekked out to the pad, and taken a picture of the "cellar" where the well was drilled. He noted oily-residue on the surface of the water in the cellar. He also noted that the well appeared to be capped; couldn't say whether temporary or permanent. The reader suggests that it has been his experience that one generally sees more infrastructure activity going on / being put in place before a temporary cap is placed. I don't know. But it seems a bit troubling to see "no activity" and the well capped. Time will tell. Photo of the cellar: 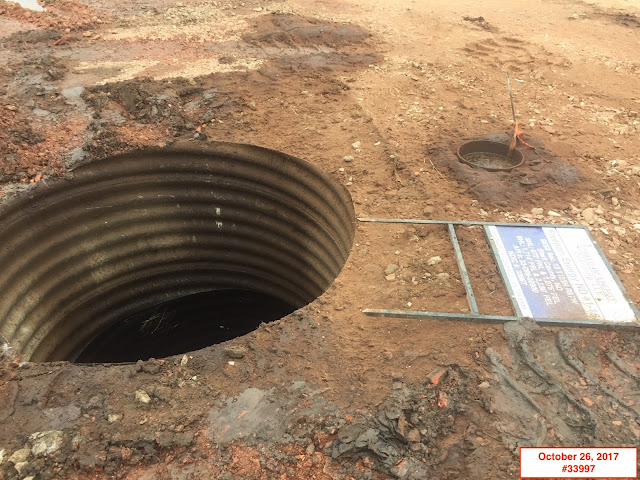 Original Post
The well:
A reader says that the rig southwest of Dickinson is coming down at this site. We first mentioned it back on September 12, 2017 (see notes in red below). 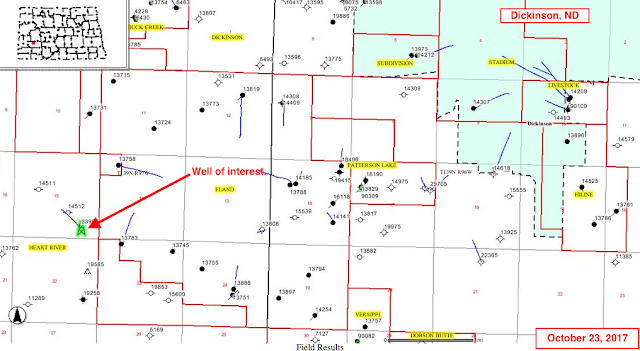 Other wells of interest in the area:
I think this is the "correct" Freedom Energy at this link. From the permit:

According to the NDIC, this appears to be Freedom Energy's only permit at this time.

What I find most amazing is that this permit was issued on September 12, 2017, and it's barely one month later and the rig is already coming down. The request for the permit was at the June 28, 2017, hearing docket. In my mind, that is very, very fast.