Focus on fracking, link here. The lede: distillate demand rose 40% to a six-month high, after flirting with a 26-year low last week.

Link here. It's a television report so the update is a bit disjointed:

The case was dismissed in early September. On Thursday, surveyors were seen working on behalf of the federal government.

There were so many great stories this past week. My favorite might have been the one on the US saving(s) rate.

But this one, mentioned in passing is another story, also huge. Due to the pandemic, Costco reported: less food spoilage; Costco cashing in, The WSJ;

After stockpiling early in the coronavirus pandemic, Americans continue to turn to Costco Wholesale Corp. to buy bulk quantities of groceries and cleaning supplies.

They have also been loading carts with home furnishing.

“As people are spending less on travel and dining out they seem to have redirected some of that spending,” said Costco financial chief Richard Galanti on a conference call Thursday.

The warehouse retailer reported a 14.1% jump in comparable sales for the quarter ended August 30, 2020, excluding gas and currency effects.

On that basis, Costco’s growth was nearly twice as high as the spring quarter when it was struggling with out-of-stock items and placed limits on shoppers.

“We expected fresh food,” paper goods and other items already selling well early in the pandemic to continue selling, Mr. Galanti said, “but we were a little surprised in the strength in some of these nonfood, discretionary categories,” such as homegoods and furniture. Food is selling so fast that profit got a boost from the lack of loss due to spoilage, he said. In-stock levels have stabilized, but some items are still hard to come by in some areas, including disposable gloves and sanitizing wipes, said Mr. Galanti.

Halloween-related sales are weaker, with a “small reduction in the amount of costumes,” he said. Some people are booking travel through the company again, but mostly for far in the future, Mr. Galanti said.

First things first: Kurt Busch wins at Las Vegas. Came in to this race in twelfth position; changes everything -- for himself, and a lot of other drivers. Las Vegas is his home town. Surprise winner tonight. With a win, an automatic advance to round of eight. But still two more races in round of twelve: Talladega next week, then Charlotte.

Need a special tool for one weekend, for one job? Buy the tool at Harbor Freight. Return it Monday; no questions asked.

Which suggests to me: opportunities for Harbor Freight to tweak their business model.

Best price on masks I've seen, which gives me an idea on the rest of the prices in the store. 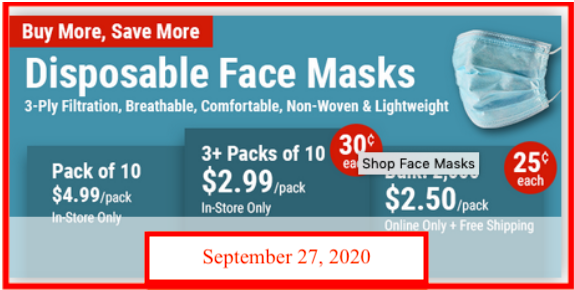 This will be the last "Sturgis Rally" post. It's been well over a month now since the rally; time to move on. It was a low-impact hurricane that quickly degraded into a tropical storm and the press forgot all about it.

At link above, set "search" for "yesterday."

Number of cases means absolutely nothing.

Number of deaths associated with Covid-19 "means more" but numbers are incredibly questionable. Criteria for diagnosis varies across jurisdiction.

But be that as it may, new deaths in last 24 hours (these numbers were updated, again, after 6:00 p.m.) Low numbers are probably a function of Sunday reporting a Saturday.

Deaths per million population, and (ranking among 50 states and DC): 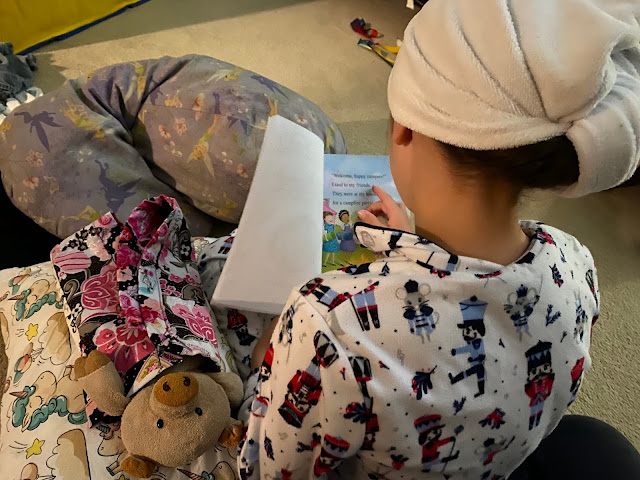 All that talk about the end of oil. Sorry. Not sorry. Saudi Aramco ships first cargo from Jizan refinery; headed to Singapore. Link here.

Breaking down that article:

Capacity and timeline of refinery:

How rebels feel about this refinery:

Transit of tankers from this refinery:

I finally understand re-makes. I would like to see a re-make of The Great Gatsby.

From the most recent issue of The New York Review of Books: "The Oracle of Our Unease," an essay by Sarah Churchwell, October 8, 2020.

So, I'll watch the 2013 re-make of "The Great Gatsby," starring Leonardo DiCaprio, et al. Like Sunset Boulevard, the movie begins with the voice-over.

Later, 2:53 p.m. CDT:  It really is interesting the amount of money that slips through one's fingers.

I haven't been to Starbucks since the "lock down" that began sometime back in March, 2020. Although there were exceptions, my weekly schedule was $3.00/day for Starbucks coffee, Monday through Friday, and it was not uncommon to add in one or two additional sessions over the weekend. So, on average, let's say $4 / day over 300 days = $1200. Or $100 / month. On top of that my wife and I would enjoy one sushi dinner each week, almost religiously, setting us back a meager $50/meal for two. Fifty weeks x $50 = $2,500. Barnes and Noble every Saturday, maybe Sunday, probably $20/weekend at Barnes and Noble, 50 x $20 = $1000. Which reminds me, I won't be renewing our Barnes and Noble card ($25) and we won't be renewing our Ft Worth fine arts museum membership, $75. Gasoline is down to about $20/month. No typo.

Later, 2:45 p.m. CDT: it's amazing  how much free time one has on the weekend when there is no sports to watch. The college football airings are a joke.

The NFL is not much better. Speaking of which, NASCAR today? Hard to say, but apparently from Las Vegas, starting about 6:15 p.m. CDT. I will miss the start. I will be over at Sophia's house.

Generally speaking, of those "required" to wear a mask along the sidelines, most are wearing their masks below their noses.

Blog post suggested by a reader. A huge "thank you." 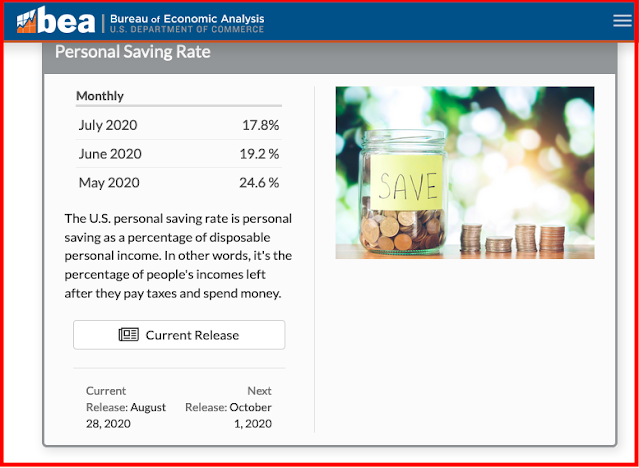 Before the pandemic, total savings deposits had risen significantly under the Trump administration, from around $8 trillion to $10 trillion (a 25% increase). But think about this: during the pandemic, Americans actually increased the total amount in savings by another 20 percent. The "buzz" in the mainstream media was that a lot of Americans were pulling money from savings to stay "afloat." There's no question that's accurate, but the "big picture" suggests something else.

So, were Americans simply moving money from the stock market to savings accounts. Just prior to the pandemic and even during the pandemic, the three major US equity indices hit all-time highs. During a recession.

This is what is wrong with that "thought." In fact, one can estimate 50% of Americans (pick whatever number you want) don't have any savings at all.

Therefore, disposable income that could hit the retail market might be:

For an average family of two, that equals close to $60,000 per family.

Now, add this bit of trivia: the baby boomers are now aged between 54 - 76 years of age. Retirees can begin withdrawing funds from their retirement accounts at age 59, and must start taking distributions no later than age 72. You can do the math.

Japan has long been considered the queen of savings:

By the way, where will a lot of folks "put their" RMDs? Yup, right back into the stock market.

All that talk about the end of oil. Sorry. Not sorry. Saudi Aramco ships first cargo from Jizan refinery; headed to Singapore. Link here.

A drive to cut electricity prices for end-users has prompted Beijing to reduce gas-fired power plant tariffs, which has threatened the survival of many of them, Wood Mackenzie reports, adding to already substantial pressure on the industry from the ongoing trade war with the United States.

Link here.  No screenshots. This is a family blog. LOL.

Out of touch: this was one of my favorite posts all last week. Joanna Stern thinks multimillionaires and billionaires won't spring for the new top-of-the-line Apple Watch ($399) because it's $170 more than a refurbished Apple Watch series. I put that in perspective with a screen shot of ladies heels and men's BLM tennis shoes with their prices. Now we get even more.

Don't Make Waves, introducing Sharon Tate. Based on the book, Muscle Beach, Ira Wallach, 1959.  Already many, many scenes that bring back great memories of my halcyon days in southern California. 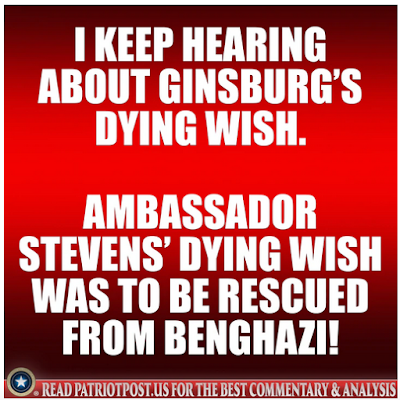 Tectonic changes: I see that this post of September 25, 2020, is now trending among the top ten posts at the sidebar on the right.

Tectonic changes: President Obama may have been simply premature when he made that famous statement that "these jobs aren't coming back," referring to the fossil fuel energy industry. Interestingly enough that statement is now more correct than ever.

The weekly jobless reports showing little change week after week suggests this may be true for a lot of jobs. No industry is especially immune. All companies are taking this opportunity (or are being forced to take this opportunity) to re-evaluate their strategic plans, hiring practices; corporate headquarters.

Or you can read Yahoo!Finance reports on same subjects. LOL.

Running out of toes and fingers: 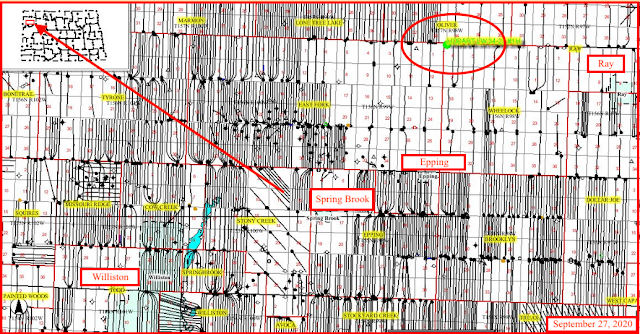 Posted by Bruce Oksol at 2:37 AM No comments: