Tesla Inc said on Monday it could seek alternative sources of financing although it expects cash generated from its business to be enough to fund its investments and pay down debt for at least the next 12 months. [Memo to self: look up idiom, "too many irons in the fire."]

I posted this exact sentiment years ago and was probably one of the first to do so. From a 2017 posting:


Global warming? The house of cards is starting to fall. Garbage in, garbage out. Years ago, when I first started blogging, I placed popsicle sticks in a San Pedro harbor beach and monitored the Pacific Ocean sea level for five consecutive years. The popsicle had notches every one-eighth inch. I noted that the level of the Pacific Ocean rose an eighth of an inch one year but then dropped a quarter inch the following year, although that may have been an anomaly (as NASA would say) since it was clear that a dog had been playing with the popsicle stick after I found it lying horizontally on the beach. I will continue to monitor. Parking rates at the beach are upwards of $20/day so I may have to apply for a government grant to continue the research. 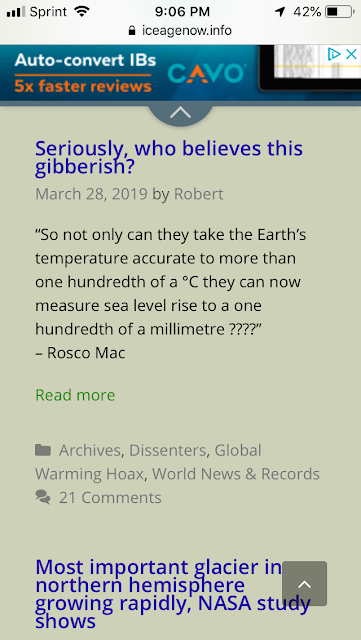 Nothing like a bit of "comfort food" after reading about global warming. LOL.

Sophia and I really had a great weekend. On Sunday we capped it off by visiting Copelands of New Orleans. We went around 3:00 p.m. just for dessert. She chose chocolate cake. Wow, she loved it.

The serving was big enough for a family a four. Seriously.

She ate all the ice cream and a small amount of the cake. We took what she did not eat home. Her two sisters and her dad loved the cake; we added more ice cream to it, and the cake served four. LOL. 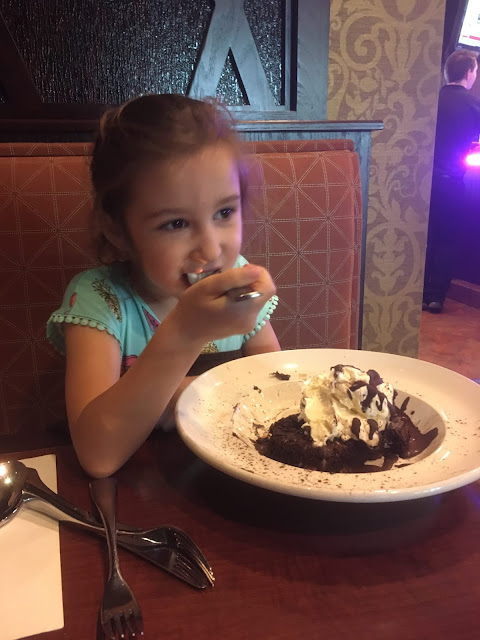