ComeBakken To The Bakken -- This Speaks Volumes About Two US Shale Plays -- July 2, 2018

Regular readers know my thesis regarding the Permian vs the Bakken.

Now this. Back to the Bakken. COP. BR. 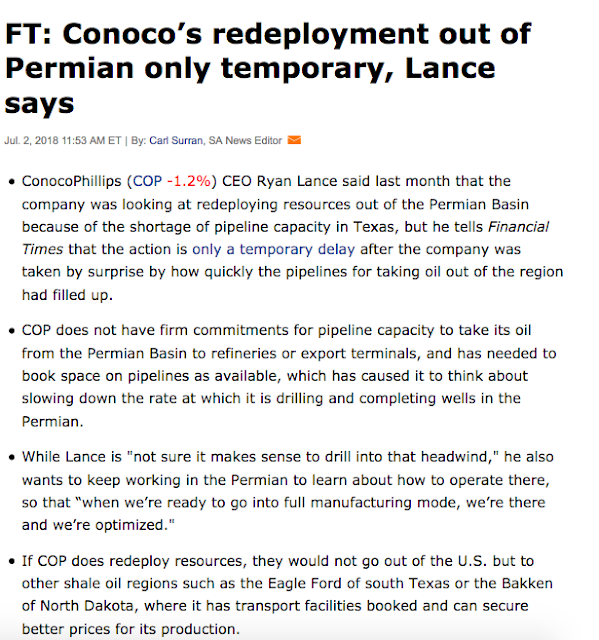 You bet your sweet bippy they will be coming back to the Bakken. DAPL-Bakken getting LLS prices.

My two books of "consequence" to be read this week (or in two weeks, if necessary):

I am thinking of buying five copies of this book; about $12 each at Amazon as gifts; one for my son-in-law, of course. One for me. Hey, my birthday is coming up. State sales tax; free shipping. At the local store, $16 before sales tax. No-brainer.

This is a small -- very small book -- both footprint and thickness. It's footprint is about the size of a postcard, maybe 3" by 6." It is slightly thicker than an iPhone, perhaps.

It can probably be read in one afternoon on the beach.

But it's awesome. And if you are a Gene Simmons fan, it's a must-have.

His list of  modern power players:
Okay, one of those eight was not on Gene Simmons' list of seven. I'll leave it up to the reader to guess which one is not on the list.