We're flirting with 100-degree highs in north Texas this weekend and the forecast is for 100-degree weather through a week from tomorrow.

So, how is ERCOT Texas holding up under all that a/c demand?


ERCOT adjusted its peak load forecast to 75,200 MW to account for economic impacts related to COVID-19. The new forecast is 1,496 MW less than what was reported in the preliminary summer SARA and increases the summer 2020 reserve margin to 12.6%, up from 10.6%.

The grid operator anticipates there will be sufficient generation to meet the expected demand under normal/expected operating conditions.

Today, from this link: 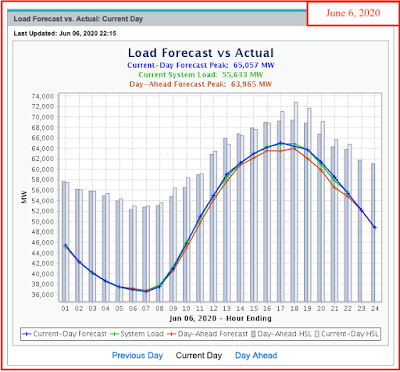 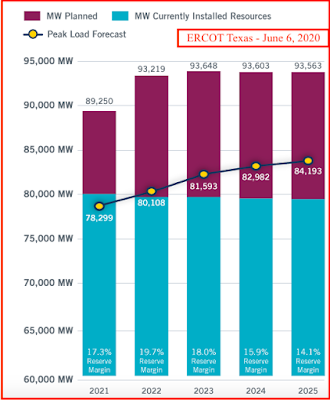 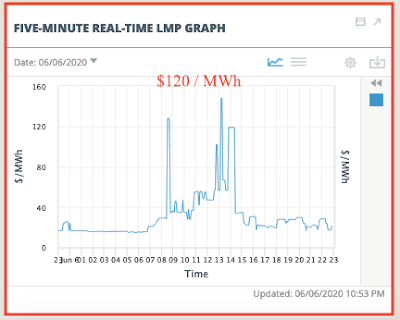 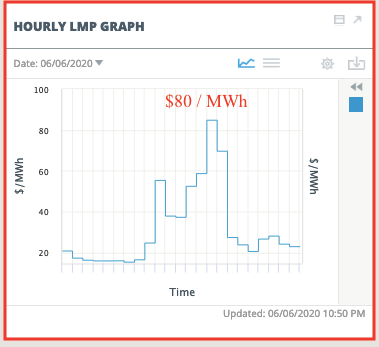 So, how's all that renewable energy working out? Natural gas still accounts for 63%: 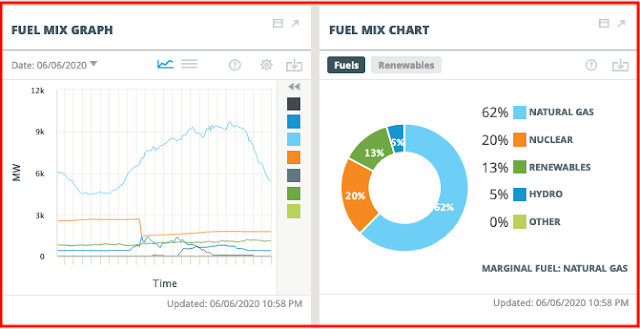 Note: in a long note like this, there will be typographical and content errors. If this is important to you, go to the source.

Wow, wow, wow. Exactly what I thought but didn't say anything -- I thought it was beyond the pale, as they say.

How did I miss this story?

I think I follow "shale" fairly closely, but if so, how did I miss this story? It certainly seems it was buried. I've archived it so it isn't lost. It may have been buried because the "final chapter" has not been written.

But here's the link and a few items from the story: US shale outperforms expectations in 1Q20.

It is a summary of a Rystad Energy posted on oilprice.


Following the publication of the energy industry’s first quarterly results since the Covid-19 outbreak, a Rystad Energy analysis reveals a surprising contrast. While the oilfield service market has taken a massive hit in earnings and profit margins, US shale operators had an impressive quarter under the circumstances, which even ended up in increased dividends.

A preliminary analysis of 204 service companies finds that revenues are down 6% compared to the same period last year, while impairment charges have skyrocketed.

Profit margins for January through the end of March 2020 were down by almost 90%, and the top 50 public service companies recorded total net losses exceeding $35 billion – far greater than the quarterly losses incurred during the previous industry crisis five years ago.

Now some data points:
Then this:


“Although the 6% year-on-year fall in 1Q 2020 revenues appears modest compared to the massive decreases of 30% or more recorded during the last downturn, our analysis indicates that we are witnessing only the beginning. Larger declines are expected in the near term. This is bad news for an industry that still has not fully recovered from the previous crisis,” says Aleksander Erstad, energy service analyst at Rystad Energy.

More data points:
Then this:


Despite the worsening market, the sector performed much better than what many expected under the circumstances.


“It’s the fourth consecutive quarter of positive cash balancing, and the fourth quarter in the history of the shale industry when companies didn’t overspend. This is actually quite impressive, especially for first-quarter results,” says Alisa Lukash, senior shale analyst at Rystad Energy.

I've received a bit of e-mail from readers regarding the Bakken. It gives me an opportunity for some observations and comments.

One item from a reader: can I assume that new wells for the future in Williams county will be non-existent?

My reply: it all depends on prices. But you are correct, it does look bleak for Williams County right now. But if one looks at the permits issued so far this calendar year, it looks like a fairly even distribution across the four major Bakken counties. Data points:
Second issue: with regard to the Williams County wells, the reader said, I'll always wonder what the Anna wells would have produced if drilled today. The Anna wells to which the reader refers are tracked here.

Reply: I've talked about that frequently on the blog.
With regard to the Anna wells:
A third observation: a reader noted the issue of water some time ago, maybe a year ago.

My thoughts: I am beginning to wonder if we are seeing a "novel" definition of water-flooding in the Bakken. More on that later. I alluded to it in an earlier post today (June 6, 2020).

A fourth observation: a reader noted the use of "slick water" in the Bakken, maybe a year or two ago; I mentioned it some time ago and follow it when I can; it's difficult because much of the information is proprietary.

A fifth observation: the old meme, the more proppant, the better the well. To a great extent that's true, but there's much more to it that that.

A sixth observation: the first time the Saudis tried to kill the US shale industry lasted two years. The US shale industry survived. How well it came out of that two-year debacle is a story for another day, by someone else. Not me. My views are too jaundiced. This time, the tea leaves suggest the Saudi attempt will be much shorter than two years.

A seventh observation: from the very beginning of the boom there were questions about communication between wells due to fracking. It turns out that issue is still being debated and studied, most recently by XTO and the Mariner wells. After all this time, we are still learning about shale. Well, technically, it's dolomite and sandstone between seams of shale.

An eighth observation/comment: as soon as I start reading an article regarding CAPEX, I lose interest and move on. Sometimes I will mention it on the blog, but mostly for archival purposes.

ABC: a special with much focus on my hero -- Phil Jackson, "The Last Dance." I had not seen this before. What little I've seen so far: superb. It helps me put "white privilege" and "black lives matter" into perspective. And America, the greatest country the world has ever seen. From Variety:


“The Last Dance” chronicled the outstanding basketball career of Jordan and his six NBA championships with the Chicago Bulls. After the final two episodes aired on Sunday, the show became the most-watched documentary on ESPN ever. [Time is everything: not much to compete with this sports documentary during the lock down when there is "no" live sports being televised. Some exceptions.]

NBC: open-wheel racing from Texas Motor Speedway, just a few miles down the road from where I call home. I actually attended an open-wheel race at TMS -- was it a year ago? Last year or the year before. I prefer watching it on television. It's a very, very, very hot day here -- they say it's 120-degrees inside the race cars; 90+ degrees, ambient.

TCM: "Lawrence of Arabia." On my top ten movie list, although I've said it's one of a handful of movies on that list I really cannot watch often. I can watch it on TCM in bits and pieces.

And then there's the blog.

And maybe even a little reading.

3. "The Last Dance": I was impressed. The entire series would be too much for me to watch. A very clever production.

Considered to be the best editing cut ... ever:


The filming of "Lawrence of Arabia" took so long, that at least two of the lead actors were able to complete other movies while still filming LOE.
Posted by Bruce Oksol at 3:53 PM No comments: 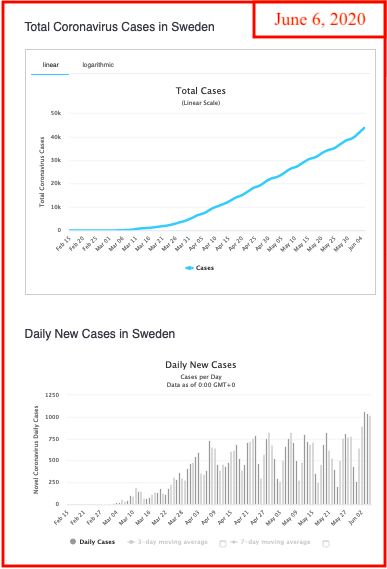 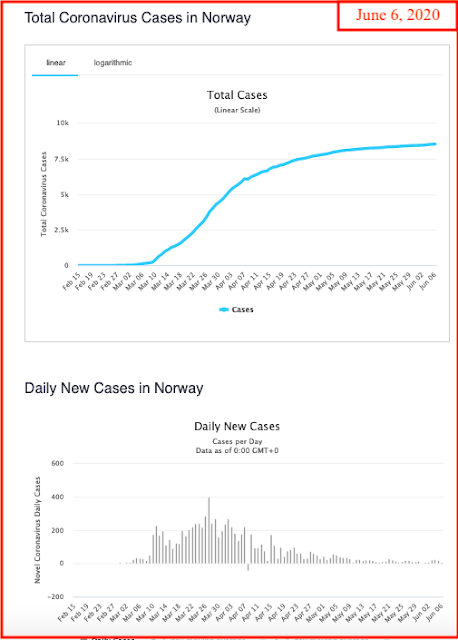 Posted by Bruce Oksol at 3:37 PM No comments:

Important note: note the amount of returned water. A reader noticed this phenomenon in the Bakken about a year ago. Very, very, very interesting. This, along with XTO's look at communication between neighboring wells, different formations, after fracking is very, very intriguing.

The well:
From the file report:
Full production:

When I find the link, I will re-post the "Saudi analysis" of the Bakken. 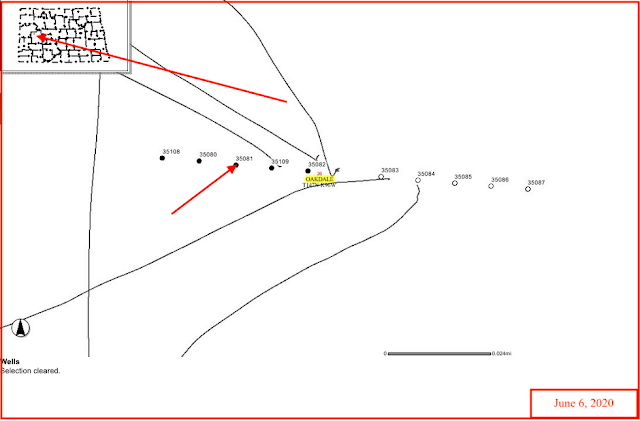 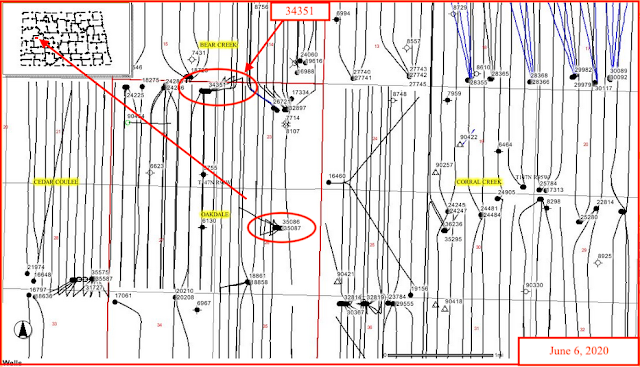 Somehow I missed this one. When I get the chance, I will add it to my list of "wells of interest." This well was drilled back in 2011; had huge jump in production in 2019, almost a decade later.

Wow, talk about going down a rabbit hole, as one of my readers might say.

Early this morning, I just happened to mention grilling and digressed to steak tartare and before I knew it, I was reading about tiger meat (from a reader, thank you very much) and ended up at the Aberdeen (SD) Magazine.

From the magazine, go to the link for the complete article:


Many people around here can’t wait for a party just so they can serve and eat tiger meat. Why raw beef with raw egg is called tiger meat in these parts remains a mystery.... For whatever reason, we love it here.

According to Glen Aipperspach, a former Aberdonian who ran a meat market known for German-style meats, he believes tiger meat is nothing more than steak tartare, distilled down into simpler flavors befitting of the Midwest pallet...

.... Historians argue it was named after the Tartar conquerors who introduced raw meat to the Russians in Germany, while others contend it means “with tartar” as in raw meat with tartar sauce. In any case, it came to the U.S. via Germans, Russians, or the French. Ultimately steak tartare was fried up in Hamburg, Germany, creating the hamburger.
Everything about tiger meat doesn’t make sense...// –Troy McQuillen.

It seems to be "peculiar" to those in North Dakota and Minnesota. All my years growing up in Williston, ND, I had never heard of it. Amazing.

Later: another note on tiger meat, from another reader.
Posted by Bruce Oksol at 10:33 AM No comments:


Wind energy: I linked the article from which this graphic is taken earlier in the week. If I find the link / that post, I will link it again. This is most fascinating. The authors note this in their study which accompanies the graphic below:
In the United States, wind-plant performance declines smoothly with age, until a stepwise drop in performance occurs when plants age out of eligibility for the performance tax credit.

The stepwide change in performance, a pattern not found in other countries, indicates that performance decline can be influenced by policy mechanisms and the cost effectiveness of maintenance and is not an immutable function of physical degradation of the wind turbines.

The overall decline rate is on the lower end of estimates from other countries. 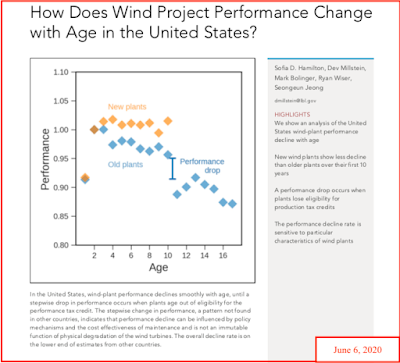 The two older granddaughters and I visited three antique stores yesterday (and a fourth the day before).

Not antiques, but seen in one of the stores, something I had not seen before. Interesting. From Great Britain. 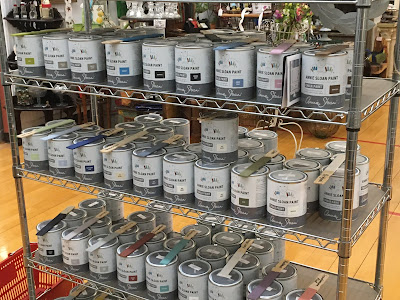 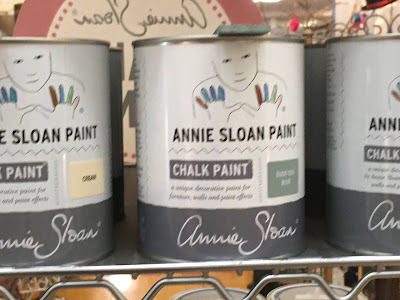 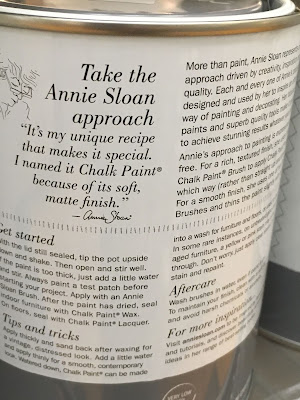 Somehow in all the excitement this week, I forgot to address the comments at this post, the update on a Bruin Hokanson well in Ellisville oil field. The comment:


Here is an anomaly for Blue Ridge, Winner townships. Let's see the trend but these numbers are 2 to 3 times higher than any IP in 12 mile area.

I was told today that Crescent has stopped production until prices rebound.

Now to go back and sort it out:
Production profile:

It looks like Crescent Point continues to bring up the frack water/produced water in the original manner, not choking it back as it appears some other operators are doing.

Blue Ridge is about as far north in Williams County and still be inside the county; almost abuts the Divide County line to the north. The oil field is a 24-section, 4x6 field. There appear to be about six producing wells in that field, with perhaps five more to come on line soon.

I would think most folks consider this Tier 2 at best, probably Tier 3, but Crescent Point is certainly active in this area.
Posted by Bruce Oksol at 9:37 AM No comments: