Hunch: Chicago police chief will probably be fired. Murders in Chicago now exceed those of New York, Detroit. In Chicago, year-to-date, 251 shot and killed; 1,171 shot and wounded; total homicides, 276. A person is murdered every 17 hours in Chicago.

Disclaimer: this is not an investment site. Do not make any investment, financial, job, career, relationship, or travel decision based on what you read here or what you think you may have read here.

Smartest guys in the world, it appears, answers for everything. Although I can count on one hand the number of covers The Economist has devoted to Brexit. 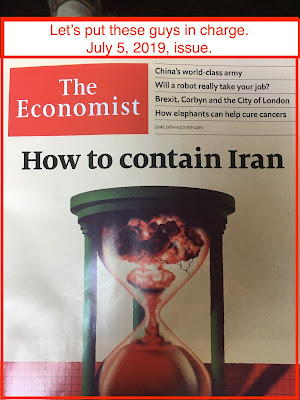 Coal. Adani, headquartered in the country of India, will open one of the world's largest coal mines in the world. Wiki even has a stub on this coal mine, it's that big. It almost appears the "Carmichael" is the "Bakken" of Queensland, but coal instead of oil. India is on the road to being coal-free; they will simply open coal mines in Australia. LOL. See more at this post. 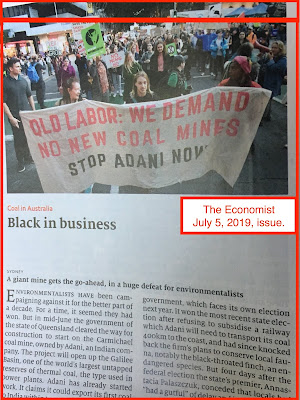 Posted by Bruce Oksol at 4:48 PM No comments:

The fight is on! So much for Norah O'Donnell,  link here.

Chapter 5, page 83: the touring company is just an hour or so from playing Mexico City. Most of the company is ill due to bad chicken (?).


You can do a show without designers and producers; it is harder to bring one off without actors. With only an hour to go, Tommy, who is playing Horatio, has announced that he will not be appearing. He disappeared the night before, hasn't been seen since, and point-blank refuses to open his door. Noises have been erupting from his room, and they don't sound healthy.

A long queue is already shaking around the makeshift theatre our hosts, the National Theatre of Mexico, have thrown p for us, and we are an actor down. The whole company has that febrile uncertainty that precedes a hefty burst of illness, that distant roar you sense within your body before the tsunami hits.

Two nights ago, we had all sat together for a company meal high above the same square, eating the Mexican food, living the Mexican dream, and congratulating ourselves and each other for our all-round Mexican chillaxness. Now we are paying for it. Well, everyone who had the chicken is.

A google search is fairly unhelpful.


"Occasional-Cortex: the reason there are instructions on the back of shampoo bottles."

I've blogged many times on Nick Lane's book, The Vital Question: Energy, Evolution, and the Origins of Complex Life, c. 2015. This book brought me up to date with regard to current advances in "thinking" about how life originated on earth (or maybe anywhere in the universe for that matter).

It was of interest, then, to have come across Nobel Laureate Jack Szostak and his thoughts on the origin of life and work in their laboratory in Boston/Harvar/MGH. This article is from 2017 but it is almost identical to a more recent article in a 2019 Harvard University publication.


With nearly 40 billion potentially habitable Earth-like exoplanets spinning around the solar system, it seems highly probable that astronomers would find life on at least one. Yet they have not.

“The pathway from chemistry to biology could be so hard that life is really rare,” said Jack W. Szostak, who won the 2009 Nobel Prize for Physiology or Medicine. “In the laboratory, we want to find out if there is a simple pathway.”

Talk about an understatement.

Nick Lane does a great job dispelling the meme that electricity (lightning / thunderstorms) were instrumental in the origin of life on earth. It was interesting to see that Szostak still gives credence to that "theory" -- at least according to the author of the 2019 article.
Posted by Bruce Oksol at 9:39 AM 5 comments:

A reminder. Some weeks ago I received this comment from a reader:


If you click through to ArgusMedia and register, ther is a free half hour presentation on export pipes, grades, and prices. Really good explanation of stuff the MSM tends to mess up in discussion.

At the same time:

Other recent links that came in among the comments, previously posted:


The commenters at PeakOilBarrel (one of the successor sites to The Oil Drum) are already speculating that the Bakken is over.

It seems like every winter slowdown draws them like a moth to a flame. No memory of all their previous mistaken negative predictions. No comprehension of how winter affects ND.


A lot of talk about the percentage of the corn crop that got planted, but even where there's been decent emergence there wont be much of a crop in those areas where the fields have been flooded...my corner of NE Ohio had 10 inches of rain over the first three weeks of June and by the time my freshly tilled garden dried out, the soil had packed down to an impenetrable hard pan..

I seldom visit the site, but Peak Oil Barrel is perhaps one of the most entertaining sites out there. Talk about being out of touch with reality. 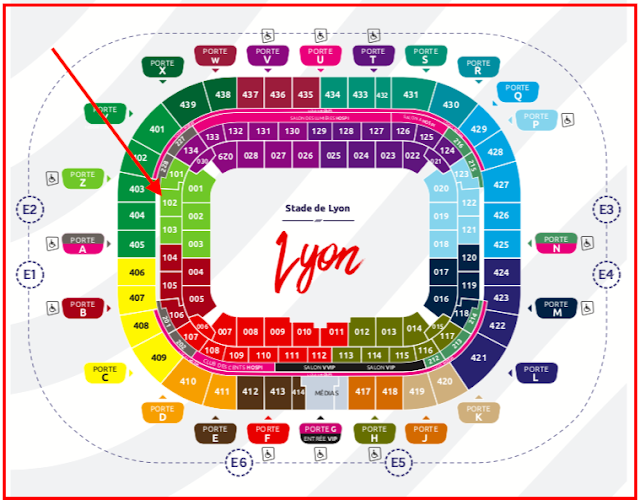 Boom: oil companies to donate almost $20 million to help open 14 schools in Midland and Odessa by 2025. From Rigzone.  I have yet to hear of even one solar farm / wind farm donating  similar amounts of money to their communities. Or providing that number of permanent jobs that support that many families that need that many schools.


A total of 14 schools will be opened at seven sites across Midland and Odessa by the 2024-25 school year. First will be IDEA Travis Academy and College Prep in partnership with Midland ISD in August of 2020. The following year, IDEA will expand to Odessa

API: crude draw yesterday --
Pipeline sale? ETP considering sale of its 33% interest in the Rover pipeline, the pipeline that carries Appalachian natural gas west to folks in the Midwest. RBN Energy had many, many blogs about the Rover pipeline some years ago. ETP could use the cash to expand footprint in Corpus Christi crude oil export terminal. Rover:
BofA to raise dividend 20%. Continue/increase share buybacks.

Boeing: as predicted -- now the talk is what Boeing will be worth if the MAX 737 never flies again. Boeing survives through its military contracts; will take years (decades?) to recover in the civilian sector.

Health insurance: Congress to vote on the "health care Cadillac tax" to go into effect in 2023. This is now all about "The Squad" -- will be fascinating to watch. This is one vote I may actually follow. I assume the bill will need to be veto-proof if it is to survive.

Not to be outdone, future king of England, on global warming:
Whatever: 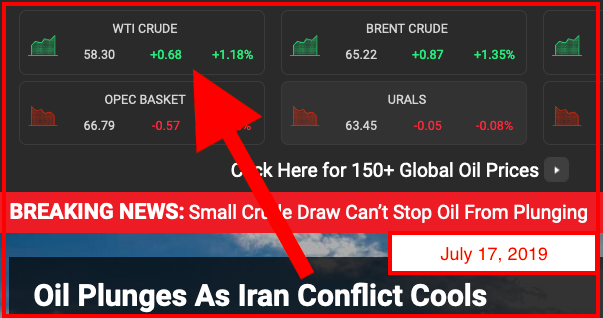 I've just completed Valerie Hemingway's Running with the Bulls: My Years with the Hemingways, c. 2004.

The book gets a bit tedious with all the trivia but it's obvious this journalist kept an incredibly good journal during her lifetime.

For hardcore Hemingway fans, it's a must read.

Of all things, Valerie ended up making Bozeman, MT,  her home. Hemingway had four wives. Valerie certainly was not a wife, but her life was certainly as interesting as any of the four Hemingway wives, and in some respects, one might consider her the fifth "wife" in Ernest's life. And because she married one of Hemingway's sons, she was obviously as much of the Hemingway family as any of the others.

Unless I missed it, I was most frustrated not learning why Mary Hemingway (and maybe Ernest) decided that the Kennedy Library in Boston would be the sole recipient of Hemingway's papers. My hunch is it had to do with the fact that President Kennedy interceded personally with getting Mary and Valerie back to Cuba to retrieve his belongings after he died. At that time Americans were not allowed to travel to Cuba. Perhaps that was part of the agreement.
Posted by Bruce Oksol at 8:01 AM No comments:


The next wave of Permian crude oil pipeline infrastructure is getting completed as we speak. In West Texas, several new pipeline projects are either finalizing their commercial terms and agreements, wrapping up the permitting process, or actually putting steel in the ground. In the Permian alone, there is a potential for 4.3 MMb/d of new pipeline takeaway capacity to get built in the next two and a half years. Along with those major long-haul pipelines, there are also crude gathering systems being developed to help move production from the wellhead to an intermediary point along one of the big new takeaway pipes.

While we often like to give pipeline projects concrete timelines with hard-and-fast online dates, the actual logistics of how producers, traders and midstream companies all bring a pipeline from linefill to full commercial service are never clean and simple. There can be a lot of headaches, learning curves, and expensive — not to mention time-consuming — problem-solving exercises that come with the start-up process. In today’s blog, we discuss why new pipelines often experience growing pains, and how market participants navigate the early days of new systems.