Earlier this week I posted:


Could this be adding to the bullish trend for oil? Link here to the Bloomberg story.


Norway’s oil regulator reduced its forecast for production this year, predicting crude output could drop to the lowest in three decades before recovering in 2020.

The forecast compares to actual production of 86.2 million last year, and is down from an earlier estimate of 87.2 million.

Oil output was affected by new developments becoming more complex than anticipated and that fewer than expected wells have been drilled.

Delays and issues on new projects in 2018 would continue to affect output this year, forcing a reduction in the production forecast.

Doesn't amount to a hill of beans in the big scheme of things, but it is what it is.

This is the banner headline over at oilprice. Nothing new, but it does get your attention:

I still don't think it amounts to a hill of beans in the big scheme of things -- as far as global supply goes -- but it is a big story for Norway. Which will last about ... oh, maybe 12 months. LOL.

I could care / couldn't care less about the subject matter, but I am really, really impressed with the quality of this photograph taken with an old model iPhone by four-year-old granddaughter, Sophia: 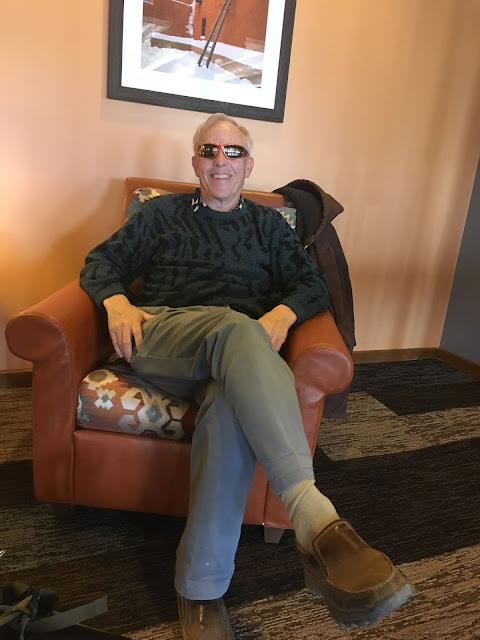 Posted by Bruce Oksol at 7:47 PM 2 comments: Links to this post

The well:
According to FracFocus this well has not been re-fracked, but the numbers suggest it must have been. In addition, the NDIC has no sundry forms suggesting this well was re-fracked. It's last sundry form was dated September 26, 2018, to change the operator name from Statoil to Equinor. The last sundry form before that was dated February 7, 2013. Whether it was re-fracked or not (and it appears not to have been re-fracked) doesn't matter to those with minerals in this well -- I doubt most care what caused the jump in production.


Far Beyond The Sun, Yngwie Malmsteen
Posted by Bruce Oksol at 6:44 PM No comments: Links to this post

Not re-fracked. Selected production profile here, for newbies, note that this well went from 500 bbls/month to over 16,000 bbls/month:

Nothing Special About This Well -- Surrounded By Lots Of Activity Over The Years -- WPX, Elk, #18794

It's hard to believe that I noted that this was a well to watch back in 2009.

This post will not be updated. The QEP Tipi V wells are tracked here.

Posted by Bruce Oksol at 5:48 PM No comments: Links to this post

This link will probably load as a pdf on your desktop.


Some proppant manufacturers have introduced new microproppants with grain sizes equivalent to that of a human hair and with the consistency of rock flour.

Sediment particle sizes in this range fall into the silt size category, which is generally defined as sedimentary particles sized between 0.0625 to 0.0039 millimeters.

Silt is very common throughout the sedimentary surface geology of North Dakota and may be found as a component of all of the surficially exposed materials across the state including the glacial sediments found across most of North Dakota, within the individual sedimentary siltstone bedrock layers in southwestern North Dakota, or when transported and deposited by the wind as loess deposits, which can be found in varying thickness across the entire state.

Wow, think about that. 0.0039 mm. Take out a standard ruler and note how "thick" one millimeter is. Not divide that into "10-thousandths." That's incredibly fine sand.

Right now, the natural sand being used is:
From this site: 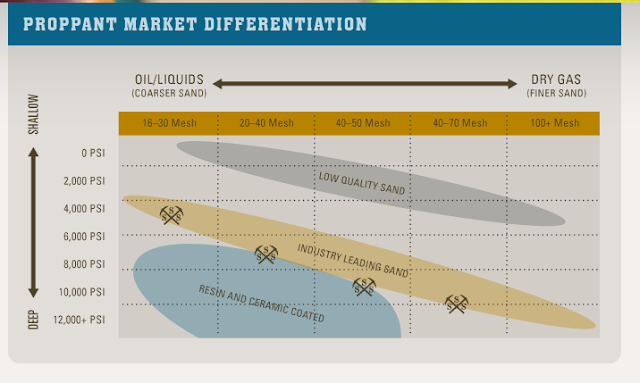 Mesh size at this link: 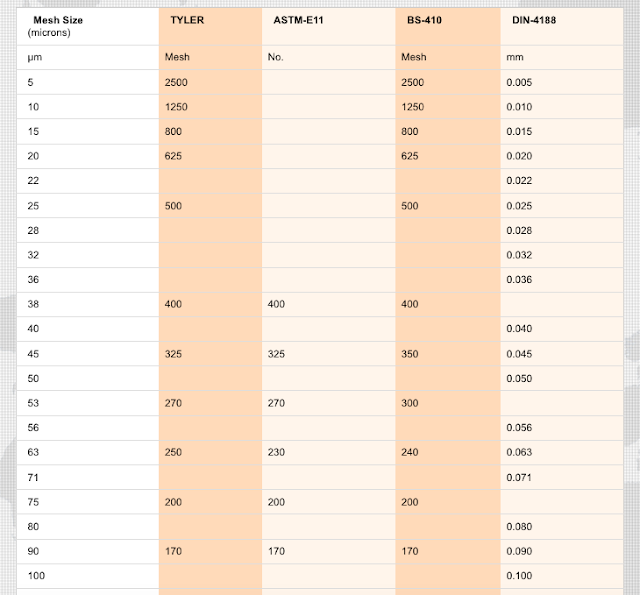 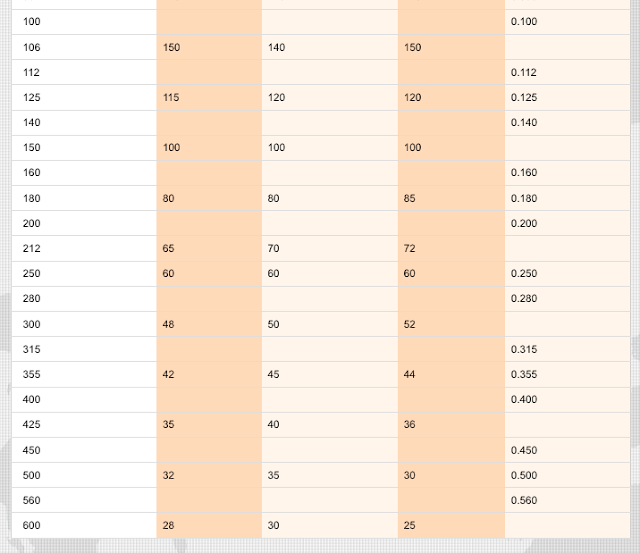 Posted by Bruce Oksol at 4:47 PM No comments: Links to this post

As of 11/18, this well was not re-fracked according to FracFocus. This well is a singleton just north of an 8-well Skarston pad. 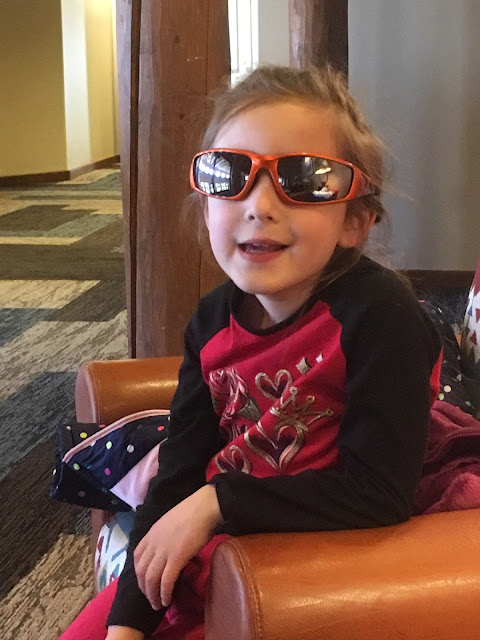 Posted by Bruce Oksol at 4:08 PM No comments: Links to this post

I don't know. I'm not following the market.


One of the oil industry's highest-paid executives is taking a pay cut as his company braces for possibly difficult times ahead after its stock plunged last year.

The CEO’s salary is also dropping 10 percent this year to $1.58 million.

Shares of Nabors, the world’s largest owner of onshore drilling rigs, tumbled 71 percent last year, the third-worst performance in the 15-company Philadelphia Oil Services Index. The firm is more exposed than rivals to international markets, which have lagged behind the U.S. in recovering from the worst crude crash in a generation four years ago.

“It’s just recognizing we could be in for a rough patch, we may have to take some actions to tighten the belt, and the first belt we’re going to tighten is on the executive officers,” said Nabors spokesman Dennis Smith. “The top guy shouldn’t be immune.”

The recent announcement by Saudi Arabia to curtail output in light of lower oil prices could dampen activity for companies working there, including Nabors.

It’s unclear if the pay cuts will be enough to satisfy investors. The stock is down about 86 percent since Petrello, 64, became CEO in October 2011, far worse than drillers Patterson-UTI Energy Inc. and Helmerich & Payne Inc. Over that period, he’s taken home $133.6 million, counting cash compensation, perks, vested stock awards and exercised options. That’s more than double what the two rivals paid its top leaders.

Investors have voiced discontent with the firm’s pay practices and governance. Since 2011, Nabors has received 42 percent support on average in its annual advisory vote on executive compensation, and shareholders have repeatedly withheld votes for directors. Support levels on pay below 80 percent are rare at publicly traded U.S. firms.

Disclaimer: this is not an investment site. Do not make any investment, travel, financial, job, or relationship decisions based on what you read here or what you think you may have read here.
Posted by Bruce Oksol at 3:02 PM No comments: Links to this post

For a mix of some great wildlife photography in New Mexico and global warming politics, this is a nice site to visit today:


Anyway, the joke is still on NBC because the network has paid out the remaining half of Kelly's contract, meaning she's walked away with a total of $69 million for her year and a half of work.

She needs to send a "thank you" letter to President Trump.

The biggest story last week, of course, was all the attention the media gave the "partial shutdown of the US government." Had it not been reported, the "partial shutdown" would not have been noticed by most Americans. Some "not-ready-for-prime-time" observations at this post.

The most under-reported international story last week: the fuel shortage in Mexico.

The biggest energy story, of course, was the "return of the bull market for oil" -- although it could be short-lived. But, in round numbers, WTI went from $45 to $52 in the space of a week or thereabouts. That may not be entirely accurate but that was my "feeling."

The biggest energy story in the Bakken was the huge wells that are now being reported. They are truly, truly huge. If there is any doubt, look at "record IPs in the Bakken," and scroll up from the bottom. In 2012, wells like this one were rare:

Now? That is so hum-drum.