Maybe I'm missing something, but are the new millennial journalists even at The WSJ unaware of free market capitalism? And the "S" curve almost everywhere?

The link at The WSJ.


The American shale boom is slowing as innovation plateaus—and just when shale’s importance in global markets has reached new highs following an attack on the heart of Saudi Arabia’s oil infrastructure.

U.S. oil production increased by less than 1% during the first six months of the year, according to the Energy Department, down from nearly 7% growth over the same period last year.

The best thing about this story. The huge photograph was taken outside of Williston, ND. 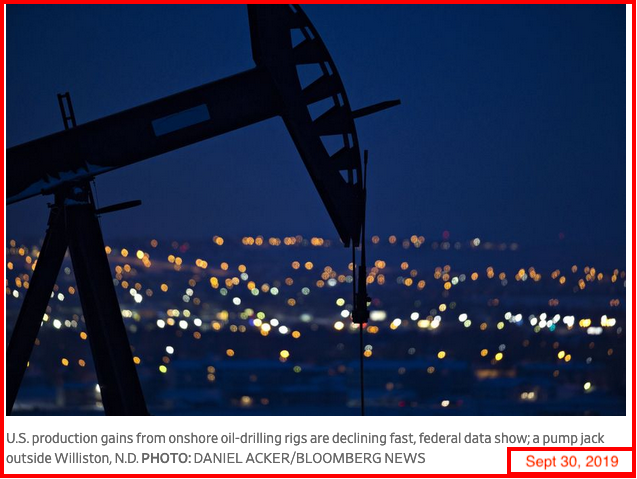 And that's not entirely true. I've seen a lot of negative stories about the Permian, too.