The CLR Jersey wells are tracked here.
Things are moving along.

Compare the old graphics with the new graphics and one will see all the completed wells and all the wells on confidential status.

The graphic below will be updated at the link above where the Jersey wells are tracked. 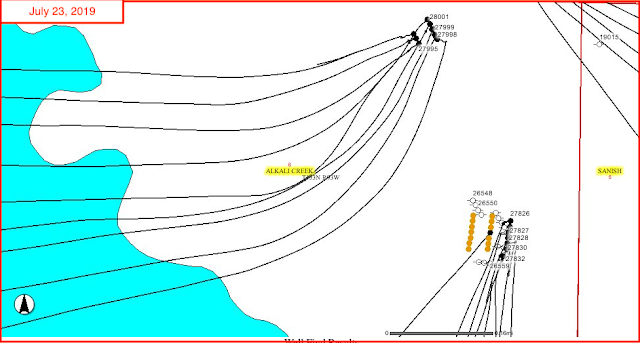 The update production numbers were pretty much in line with what one might expect, but this well was interesting to look at:
Look at the nice early production data:

So, let's see if we can find a "true" H3 well.
Early production:

Hopefully we will eventually see the geologists' narratives for these wells.
Posted by Bruce Oksol at 9:44 AM