Wow, there was a lot of news today. I will run through it quickly and come back to it if a) I find time; b) it still interests me; and, c) has any relevancy to the Bakken. In other words, unlikely that I will return to this stuff.

First things first. Time to turn the music on. We will start with Charlie Rich, my current "go-to" favorite. Later: now it's Gypsy by Fleetwood Mac -- always reminds me of our dating days in Los Angeles: May's favorite group at the time; getting trapped in the Velvet Turtle in Los Angeles on Chinese New Year's Eve; St Elsewhere.

EPD - ETP: to the Supreme Court of Texas.


The case has been viewed by the Texas legal community as the most important business dispute between two Texas companies since Joe Jamail’s epic Pennzoil-Texaco victory in the 1980s, which yielded a $10 billion bill for Texaco.

The court hinges on a "he-said, he-said."

No agreement was signed for a lucrative joint venture; just a handshake. EPD eventually went with Enbridge, jilting ETP. ETP says the oral agreement should suffice. Not a lot of money involved in the big scheme of things, I suppose, for the parties involved, but if the Supreme Court of Texas agrees that oral agreements can stand ...

EPD: increases its dividend to 44 cents/common unit, to be paid August 13, 2019. This distribution, which represents a 2.3 percent increase over the distribution declared with respect to the second quarter of 2018, is the partnership’s 60th consecutive quarterly distribution increase. Earlier today there was a very, very negative article on investing in the oil sector. Whatever.

EPD: continues to prove why its such an excellent dividend stock -- Motley Fool. Currently yields 6%. In a down market today, EPD rose.


The shippers will be able to carry oil from Hardisty, Alberta, to Express Pipeline LLC pipeline, which operates the portion of the Express Pipeline in the United States. Per the company, the shipper will appreciate this open season since the pipeline bottleneck problem prevents transportation of sufficient oil from the Western Canadian Sedimentary Basin.

NOG: analysts see a huge move (up or down) for NOG soon; analysts don't know which way NOG will move, but the trading pattern suggests something's "up." Zacks. I've made my decision but I won't say anything until after earnings report for 2Q19 is released.

Is this why Elon Musk said prices could surge? We will get back to this one. This is a big story. From Bloomberg, the US and the EU are getting "more anxious" about EV battery component shortages.

Or this: eleven autonomous driving software engineers have left Tesla over the past few weeks.

For Tesla newbies: I can't find it now, but there's a marketing term for what Musk Melon does. Whenever things look bad, he makes an outlandish statement to drive sales. With lots of bad news today, Musk Melon did it again: "Buy a Tesla now, folks, because this autumn the prices are going to surge."

Global economy: bearish signs. Consider the source. For these guys, it's always a bearish outlook.

Hope springs eternal: we mentioned this yesterday; no link then. Here's the link.


“I have no doubt in my mind that U.S. shale will peak, plateau and then decline like every other basin in history,” Saudi Arabia’s Energy Minister Khalid al-Falih said in Vienna this week, as reported by Bloomberg. Apparently alfalfa did not get the memo. See next entry. Alfalfa is going to be waiting a long time for the US shale sector to "peak, plateau, and then decline."

TransMountain: could be TransAlaska. Link at Calgary Herald.


The Ford Bronco holds an important place in automotive history.

The Jeeps were small and uncomfortable. In the mid-1960s, Ford developed a more spacious vehicle to fill this niche—the Bronco.

[Notable competition at the time included the Jeep Wagoneer.]

A durable and reliable four-wheel drive truck, you could take it camping or to the mountains. [Ford built the Bronco from the mid-1960s to the mid-1990s; the company recently announced it would launch a new iteration in 2020.]

Caps and hats: a reader suggests a Democrat alternative to the MAGA cap.


MDU Resources Group, Inc. announced today that its subsidiaries, Bombard Electric, LLC, and Bombard Mechanical, LLC, have been awarded contracts for electrical and mechanical construction at Resorts World Las Vegas, a mega-resort under construction on the Las Vegas Strip.


I'm retired. A "bucket list" sounds like a "jobs list." I don't have plans for the weekend; I don't know what I'm doing tomorrow; I don't even know what I will be doing three hours from now. I thought about that on the long drive from Montana back to Texas this past weekend, a two-night, three-day trip. We had no plans on the way back from Montana, no "bucket list" to complete.

Enterprise: best rental car company in the business. Bar none. 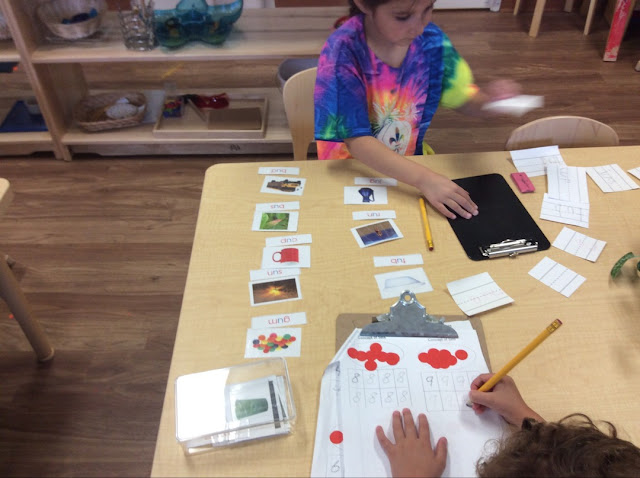