See this ONEOK post for background, back in February, 2018.

I can't recall if I posted this story, but it's starting to get some national attention. From The Williston Herald, March 2, 2018: suspended plant out of mothboalls -- ONEOK's Demicks Lake "large" gas processing plant is back on the table. Data points:
North Dakota natural gas processing plants are tracked here.

But note this: the link above still shows the Demicks Lake plant with a capacity of 200 mcfpd, whereas the linked story above says the plant is likely to go to 400 mcfpd.

Oasis has bragging rights with the largest natural gas processing plant (Wild Basin) at 345 mcfpd, but ONEOK could claim the title if it goes to 400 mcfpd.

This story was posted earlier, but for those who missed it the first time, from August 8, 2018, The Bismarck Tribune:
Besides the obvious -- more natural gas processing capacity -- but more importantly, it needs drillers can increased oil production.

For newbies, crude oil production in North Dakota is constrained by:

When biking along a busy highway, I generally won't stop to pick up a single penny, but occasionally I hit the "mother lode."

The other day, on the frontage road along the highway this treasure trove. 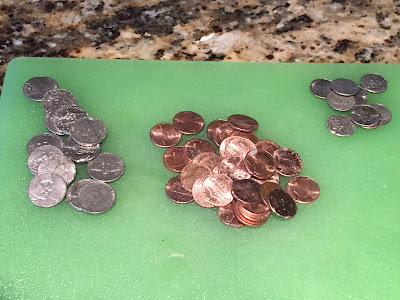 The ratio was very unusual. Generally I don't find nickels. The ratio is usually about 25 pennies to every two dimes and to every one quarter. But seldom any nickels. But look at all those nickels on the left. No quarters.

Down the road a bit further, same day, same ride: 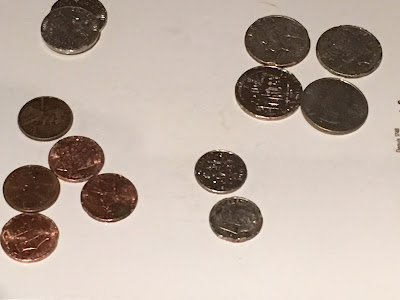 The mix was a bit more typical, although the two nickels were still surprising. Four quarters (on the right), two dimes, only five pennies; an unusual mix.
Posted by Bruce Oksol at 1:20 PM No comments:

It's unusual to find an error on a permit, so it's possible I'm misreading something, either on the permit or the NDIC map.  But this is what I'm seeing:

First, a screenshot of the permit: 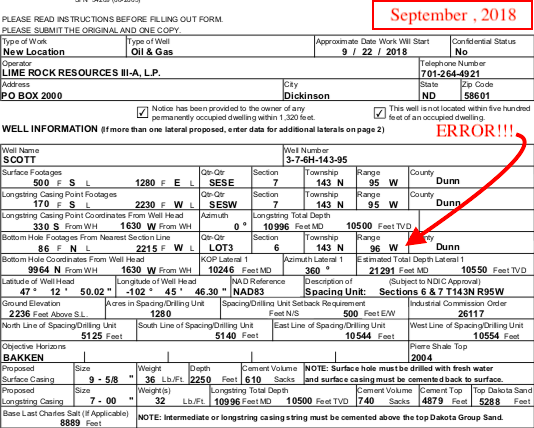 Now, a screenshot of the map: 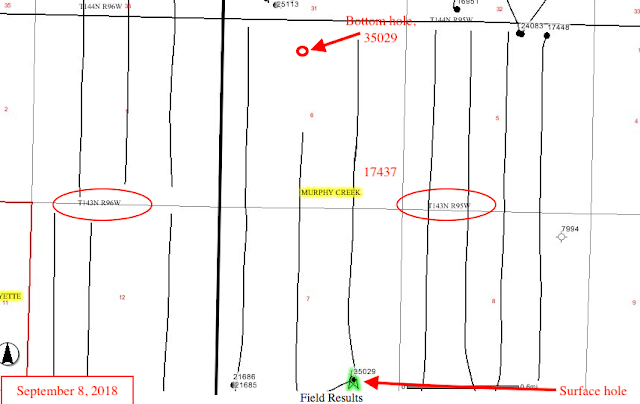 Saturday, Labor Day weekend, I had to stop by the bank. Sophia was with me.

I knew the line would be long, so I made sure Sophia brought her own work along to keep her busy.

Wow, she's good. The wait was not that long, but she immediately got out her dry-erase sharpies and went to work. 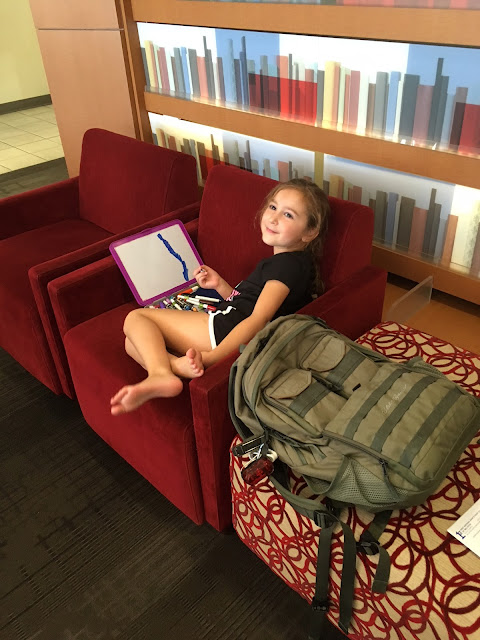 The wells:
By the way, note this well, about a mile to the northwest: 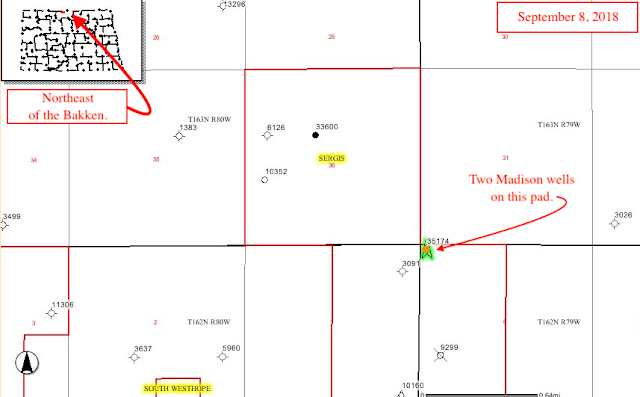 Fortunate to have captured these two wells before they go confidential:
In the southwest corner of the Bakken, both are Three Forks first bench well (Pronghorn): 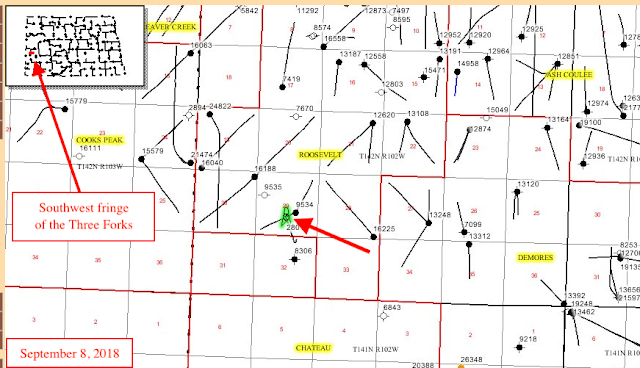 Very few wells in the immediate area; one would almost think of these as wildcats. They are not wildcats because, technically, we know the Pronghorn/Three Forks is here.

Wow, I just posted another EOG well that just hit the one-million-bbl mark. Now, another one. Wow.

The well:
Data points:
There is only one other actively producing well in this section:
Other permitted locations in this section, note the chronologic numbers:

Posted by Bruce Oksol at 8:45 AM No comments:

I first noted that the spectacular Whitman well in this section was taken off-line a few months ago.

Looking at the other wells in this section, note production profile re: #17061. FracFocus does not have any data for a recent re-frack:

Other wells in this section:

The well:
See full production profile at this post. Some data points:
See graphic at this post, November 3, 2016 (I've been tracking this well for at least the past two years -- LOL)

Other wells in this section, note the chronological numbers of these wells: