President Trump will name his Supreme Court nominee tonight. It comes down to this:
The results of the poll:
We'll know at 9:00 p.m. Eastern time if the name is not leaked sooner.

The short list according to "everyone":
My odds if I were a betting man, and I'm not (using the $2 horse racing payoff system):
I was definitely wrong. Drudge had it right. Again. Amazing.

Posted on Drudge about one hour before the announcement: 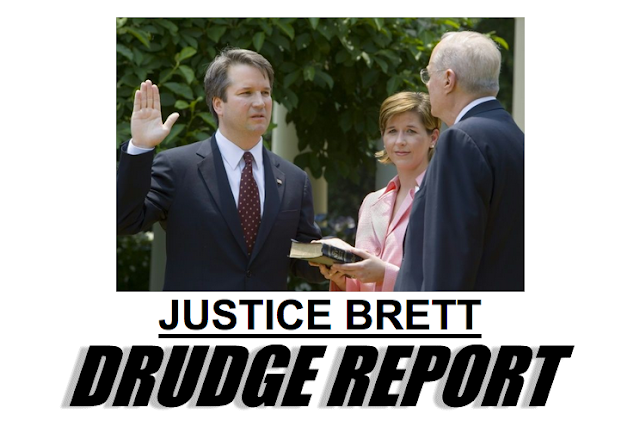 Following his speech and listening to his short bio it's hard to believe he's considered "controversial." Teaches at Harvard, Yale, and Georgetown. Catholic. Jesuit. Impeccable credentials. ABC has already labeled him as "controversial." I doubt most of those calling him "controversial" could even hold a candle to him, as they say.

From CNN later (this is why I did not think it would Kavanaugh):


Kavanaugh, who currently serves on the DC Court of Appeals, was not the favorite of the most conservative voices in the party who worried about his commitment to getting rid of the Affordable Care Act. Neither was he seen as a particularly Trump-y pick due to Kavanaugh's long ties to the Bush family; he served in the solicitor general's office in the administration of George H.W. Bush and then as staff secretary for President George W. Bush. Nor was he seen as the preferred choice of Senate institutionalists like Majority Leader Mitch McConnell (Ky.), who worried that his long history of opinions on the circuit court might complicate his confirmation process.

Posted by Bruce Oksol at 4:24 PM No comments:

The Thailand cave at this site, interactive: http://fingfx.thomsonreuters.com/gfx/rngs/THAILAND-ACCIDENT-CAVE/0100711G258/index.html.


WTI: although the price of WTI was essential flat today, it did rise enough to put it back over $74/bbl 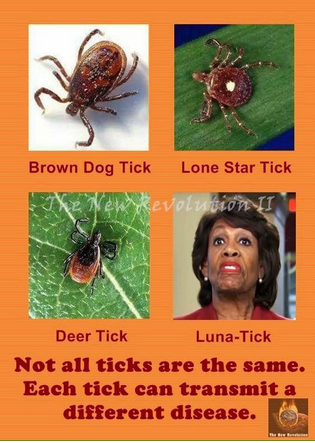 Disclaimer: this is not an investment site. This is being posted to compare other shale plays with the Bakken and to better understand the Bakken and put it in perspective to other plays.

Investing in unconventional oil producers is difficult. Volatility can be extreme, as there are many moving parts to consider. The Eagle Ford, Bakken, Permian, STACK/SCOOP, and Niobrara all have good and bad points.

The Permian was thought of as the best play going into 2018, but now we are seeing worries related to widening differentials.

This has occurred in the past with respect to other plays, like the Bakken. Well costs in the Permian are also rising, and this is another variable to watch. When looking at operators through 2018 and 2019, logistics must be considered. Options in other plays are also important. The industry has recorded some recent massive well results in the Eagle Ford. This could provide an increase in EV/EBITDA for operators in and around Karnes County.


In 2017, ECA completed 37 horizontals in Karnes County. Some of these locations were huge. One location produced 409 MBO in 10 months.

The average of those 37 wells was reduced significantly by the handful of poor producers. Ten locations produced more than 200 KBO in the first 10 months of well life.

Later, 1:09 p.m. CDT: I came home at lunch to catch "Power Lunch" on CNBC. It's been a huge day for the market (the Dow is up over 305 points) and this evening President Trump in prime time will announce him nominee for the Supreme Court. And what are they talking about over at "Power Lunch"? LOL. All of the talking heads were in front of a green screen and a larger-than-life photo of golf courses and Tiger Woods, and they are asking whether Tiger Woods can ever win another tournament  -- ah, yes here it is -- the next major tournament is "The Open" which will be televised by NBC. CBS has the PGA Championship, but after that, of the last four tournaments of the year, including the TOUR Championship and the Ryder Cup, NBC has all four. NBC needs to remind folks that Tiger Woods can still win. As I've said before, Tiger Woods may be playing as well as he has ever played; the problem: the younger folks coming up the leader board are playing better. My hunch is that as Tiger Woods gets closer to the CUT line on Friday, the more aggressive he will have to play, making it even more difficult for him. The same is true on Sunday if he's within two or three strokes of the leader.

But eleven strokes back (and coming in fourth) from the leader in a no-name tournament (see below) with no-names competitors is not a good sign.


Rickie Fowler, at 29 and in his ninth PGA Tour season, is still stuck at zero major-championship victories – and he knows it.

Rickie Fowler is the only "other" name I recognize at the Quicken Loans TPC Potomac at Avenel Farms. Not quite accurate; going through the list again, I see Stewart Cink, and maybe a few others, if I really stretch my memory.

The "only" reason PGA "fair weather" fans are watching this tournament today is because Tiger Woods is still in it, tied for ninth, or thereabouts.

I assumed Tiger was in this tournament because he was looking for a win. The names on this list looks like the JV team of the PGA. This is like the Infinity (the "Saturday") race for NASCAR. If it were professional football it would be a Canadian Football League game or an arena football game. Whatever.

But wow, what a dismal line-up against which Tiger is playing. And he's in ninth place and not really improving his position, now about halfway through for the day. [In an incredibly weak field, Tiger placed fourth, 11 strokes under par; the winner, an Italian won, 21 strokes under par. Ricky Fowler, 8 strokes below par, finished twelfth.]

Anyway, for newbies, here's the background for this particular tournament over at GolfDigest.


Nearly 10 years ago—July 5, 2007 to be precise—that 120 players teed off in the first round of the inaugural AT&T National at Congressional Country Club.

The buzz around the event was only slightly below what one might expect at a major championship. After all, the tournament host was Tiger Woods—the No. 1 player in the world who had already won 12 major championships at age 31.

Congressional was a major-championship-caliber site, having held two U.S. Opens and a PGA Championship.

And the Washington, D.C., market, which had been thirsting for a big-time event after years holding what locals perceived as a second tier (at best) PGA Tour stop, finally had the sort of tournament it believed it deserved. In turn, Congressional was overrun with fans, and sponsors couldn’t sign up for corporate tents fast enough. A year after abandoning Washington, and the former Booz-Allen Classic, the PGA Tour came back to town, led by Woods on his white horse.

While Woods was certainly the major attraction, the quality of the invitational field was remarkable. Even Phil Mickelson, Woods’ long-time rival and nemesis, came to play. In all, there were 13 major champions competing, and three others who would subsequently win majors. Even without Woods’ 12 titles, the other 12 golfers had combined to win 18 majors to that point.

Flash forward to Thursday morning, June 29, 2017, when the 11th playing of the tournament with a different corporate sponsor (Quicken Loans) began. Woods was not only unable to play, after undergoing a fourth back surgery, but not even on site, dealing with the pain-killer issues that surfaced after his arrest for DUI over Memorial Day weekend.

The tournament site isn’t Congressional, but rather TPC Potomac at Avenel Farm (a name most people say incorrectly), a revamped course that hosted the previous tour event for most of 20 years to decidedly mixed reviews. “It isn’t as if Avenel is a bad golf course,” Davis Love III once said. “It just doesn’t look very good if you have to drive by Congressional to get to it.”

In a twist, it was Love who was hired to renovate the golf course in 2006. Now, players like it much better. But not THAT much better.

Now, flash forward to July 1, 2018, and it seems the event is even more trivial, more sad, more pathetic.


Chevron: set to put up many of its North Sea oil and gas assets for sale, in a bid to streamline portfolio. The assets it intends to offload include Britannia and its satellites, along with Alba, Alder, Captain, Elgin/Franklin and Erskine fields. The move is part of Chevron's strategic review of global portfolio to determine the competitiveness of all its projects.


For the first time ever, U.S. crude oil exports have hit the 3 MMb/d mark — a once-unthinkable pace equivalent to sending out 10 fully loaded Very Large Crude Carriers a week.

VLCCs, with their 2-MMbbl capacity and rock-bottom per-bbl delivery costs, are the most cost-effective way to transport crude to distant markets like China and India. But there’s still only one terminal on the Gulf Coast that can fill a VLCC to the brim — the Louisiana Offshore Oil Port — and pipeline connections from key Texas and Oklahoma plays to LOOP are limited. Elsewhere along the coast, VLCCs need to be loaded in offshore deep water by reverse lightering from smaller vessels — a slower and more costly loading process. Change is a-comin’, though. Companies are testing the docking and partial loading of VLCCs at terminals along the Texas coast, and plans for a number of greenfield facilities capable of partially — or even fully — loading the gargantuan vessels at the dock are being considered. Today, we review the latest efforts to streamline the loading of VLCCs and what they mean for crude-export economics.

As we said in our last look at VLCCs, the use of the supertankers during the U.S.’s 40-year ban on most crude exports was largely limited to imports to LOOP, occasional shipments out of the Valdez Marine Terminal in Valdez, AK (the southern terminus of the Trans-Alaska Pipeline System) and into Andeavor’s Berth 121 in Long Beach, CA — the two other U.S. facilities designed to handle VLCCs. Since the export ban was lifted in December 2015, though, crude exports — and interest in using VLCCs for exports out of the Gulf Coast — have been on the upswing. Figure 1 shows that in 2015, the last year the ban was in place, exports (almost all of them to Canada) averaged 465 Mb/d, according to the Energy Information Administration (EIA). Exports rose 27% (to just about 590 Mb/d) in 2016, then almost doubled in 2017 (to more than 1.1 MMb/d).