Pardon the interruption: before we get to what I was going to post first, this weather advisory -- global warming hits North Dakota on Easter:


Corn has been dethroned as the king of crops as farmers reported Thursday they intend to plant more soybeans than corn for the first time in 35 years.

Corn costs much more to plant because of required demands for pest and disease control and fertilizer. When the profitability of both crops is close, farmers bet on soybeans for a better return, said Chad Hart, an agriculture economist at Iowa State University.

Soybeans cost about 60 to 70 percent as much as corn to plant.

I was posting all this "stuff" on an earlier post but it was getting too crowded. Instead of posting this additional note at that post, I will post it here.

This is not the way to treat your investors.


Shares of Tesla fell sharply in after-hours trading Thursday after the company said it is voluntarily recalling Model S vehicles built before April 2016 to fix a power steering component.

Year to date, shares are up about 10%.The company said in a statement that there have been cases of excess corrosion in the power steering bolts in cold climates where calcium or magnesium road salts are used instead of sodium chloride. It said it is fixing the bolts in all affected cars in the event that the vehicles are ever used in cold climates. 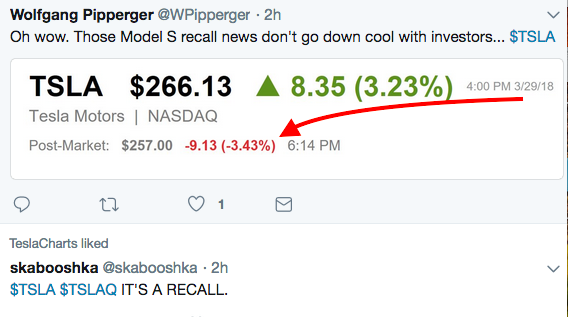 
A reader suggested I start following the statistics: 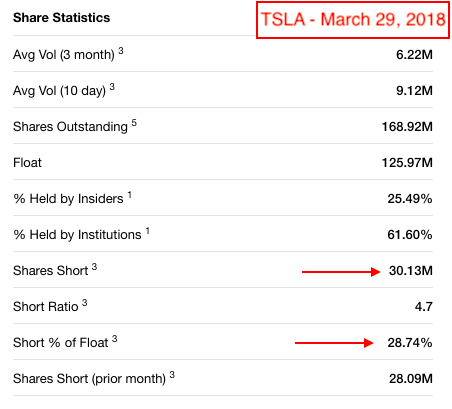 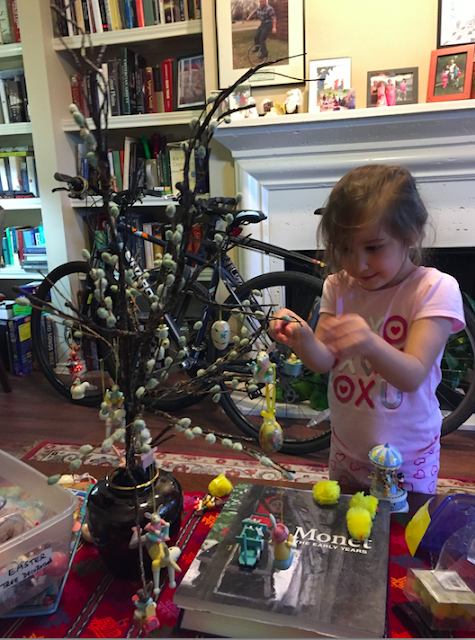 
Today, the re-balancing spreadsheet (minor process change made in the third column but it does not affect the bottom line). Re-balancing remains at 33 weeks.


It’s hard to imagine a company that wouldn’t want to be associated with Ledecky, who has broken 13 world records and 33 American records in her illustrious career.

Her athletic resume is impeccable.

Her dominance was extraordinary; who can forget the social media photos of the 800-meter event in which she was the only person in the picture even though seven other women were in the race?

My favorite YouTube video of Katie Ledecky: https://youtu.be/JHbNKX3VkIM.  At the link, at 1:16, she steps on to the world's stage at age 15. Think about that. At age 15. The British announcers are clearly still thinking that their British favorite Adlington will win even at the 500-meter mark where Ledecky is well ahead of the British (and Olympic) favorite. At the 9:00 minute mark on the video, finally some concern by the British announcers. By now, Ledecky has a two-body lead. At 10:04, Ledecky is the only swimmer in the video shot. Announcers are wasting time talking about the others; the bit story is Ledecky and they are missing it. Ledecky is so far ahead, and yet the announcers, even at the turn into the final lap have not grasped what is going. Midway in the final 100 meters, finally -- the announcers get it. Wow, even at the end, still talking about the Brits.

One of Vic Hanson's best replies to an "angry reader." In one or two short paragraphs, Vic Hanson has completely encapsulated the political history of the Obama administration and the campaign of 2016.

In 1898 a struggling author named Morgan Robertson concocted a novel about a fabulous Atlantic liner, far larger than any that had ever been built. Robertson loaded his ship with rich and complacent people and then wrecked it one cold April night on an iceberg. This somehow showed the futility of everything, and in fact, the book was called Futility when it appeared that year, published by the firm of M. F. Mansfield.

Fourteen years later a British shipping company named the White Star Line built a steamer remarkably like the one in Robertson's novel. The new liner was 66,000 tons displacement; Robertson's was 70,000 tons. The real ship was 882.5 feet long; the fictional one was 800 feet. Both vessels were triple screw and could make 24 - 25 knots. Both could carry about 3,000 people, and both had enough lifeboats for only a fraction of this number. But, then, this didn't seem to matter because both were labeled "unsinkable."

On April 10, 1912, the real ship left Southampton on her maiden voyage to New York. Her cargo included a priceless copy of the Rubaiyat of Omar Khayyam and a list of passengers collectively worth $250 million dollars. On her way over she too struck an iceberg and went down on a cold April night.

Arthur Ransome: among the handful of writers who make up the British children's canon which includes AA Milne, JRR Tolkien and CS Lewis
Chapter 21: Swallows and Amazons

Correction: earlier this week I wrote that we would know on Friday, 10:30 a.m. Central Time whether the market's surge on Monday was a dead cat bounce. The market is closed Friday. We will know today at the close whether Monday was a dead cat bounce:
TSLA: On the last trading day of the quarter, and on a day the market is marginally higher, TSLA? Down another 3%; down almost $8. Could drop below $250/share. Did I hear someone say "ouch"? [Later, TSLA closed up over 3%; over $8/share.] [After market close and just ahead of a 3-day weekend Tesla announces a recall of 123,000 Model S cars over faulty steering component: the timing of the announcement is incredibly interesting. This has to leave a lot of TSLA "investors" a bit nervous -- buying TSLA at the close (when shares were moving up) and now not knowing what the recall will mean to TSLA when the market opens again -- a long, long three days from now.] 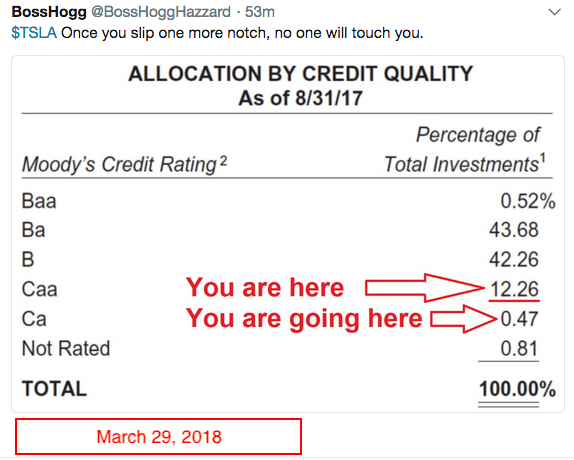 Disclaimer: this is not an investment site. Do not make any investment, financial, job, travel, or relationship decisions based on what you read here or what you think you may have read here. However, having said that, Grapevine, TX, is a nice place to visit this time of the year. Or, actually, any time of the year.

Look at that amount of sand Enerplus used on this frack, reported today, almost 20 million lbs:
See results of other wells that came off confidential list this week at this post. 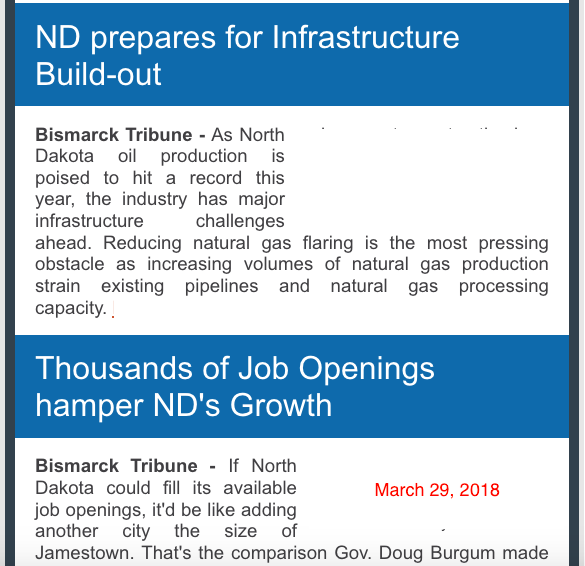 Unemployment LOWEST In 45 Years -- President Trump Not Mentioned In The Article -- March 29, 2018 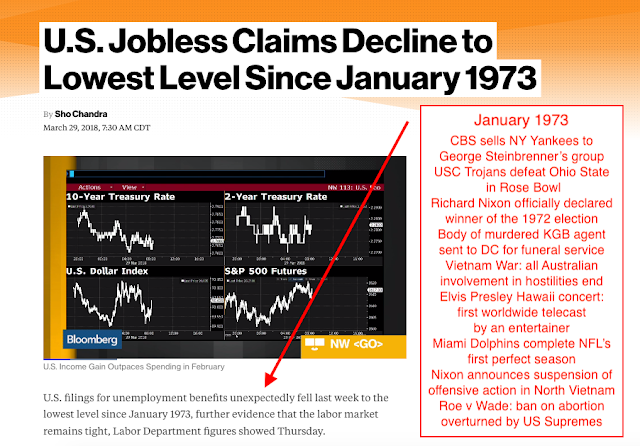 And President Trump won't get any credit.

And again, the word I seem to hear every time these great reports come out: "unexpectedly."

Meanwhile, with regard to consumer sentiment: 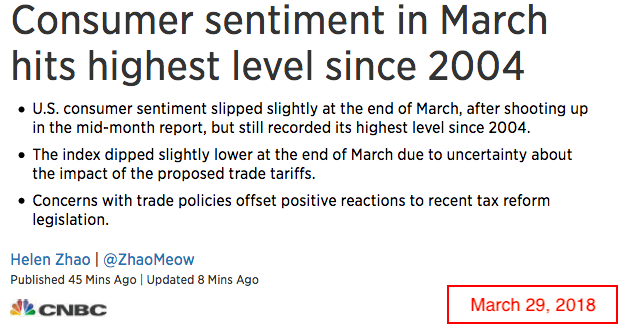 To the reader who sent me the link/story:

Every major city in ND showed negative  change 2017 over 2016 EXCEPT Dickinson and Williston. Even Minot showed a slight decrease. Bismarck, Fargo, Grand Forks -- all negative.

The only reason ND was even positive by 3% was due completely to the Bakken.

Even Minot was slightly negative.

The ND tax site that will get you to this information.

The full PDF tables are here.
I will come back to this later when I have more time. Blogging will be delayed today.

I am not sure if all links work but we will get that sorted out later.

This is the reason for being behind in blogging. Re-reading an expert's analysis of the Bakken. I'm trying to see what I missed. It will take me most of the day to get through that report. 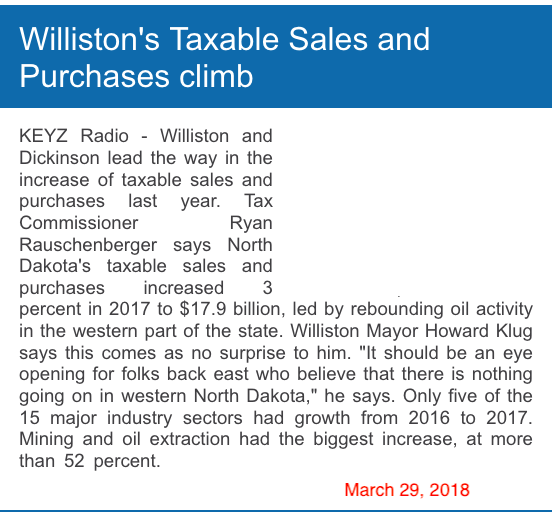 Later, 9:32 p.m. Central Time: this is why I love to blog. I thought someone would "call me" on my habit of calculating "deals" on a per-net-acre basis. It turns out I'm not the only one. See this post over at oilprice.com:


To be sure, investors were not exactly enthused by the deal, which amounted to a greater than $70,000 per-acre price tag.

Permian consolidation. This may be the biggest news of the day in the shale sector: Permian oil producer to buy rival RSP Permian.


RBN Energy: why $3 natural gas continues to elude the market.
Posted by Bruce Oksol at 7:39 AM No comments: