The Legacy Fund has in excess of $5 billion?

Note: normally in the evening I have time to post more news, but due to family commitments, new blogging tonight could be delayed. Stay tuned.

Most recent data from the EIA: 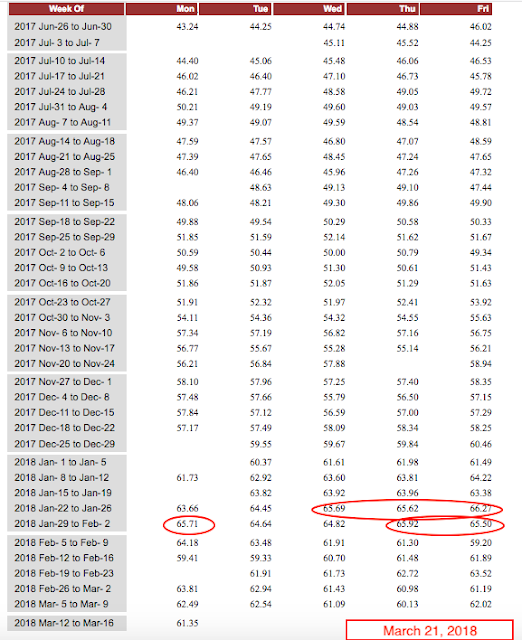 Did the dollar have anything to do with this today? Unlikely. The dollar is stronger today than it was yesterday. Long-term trend: down. 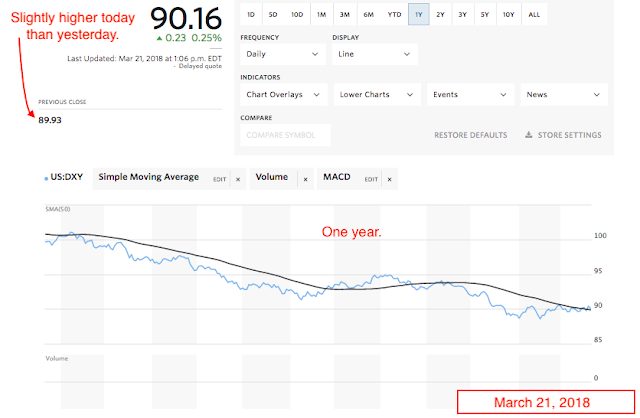 The Greater Antilles: a grouping of the larger islands in the Caribbean Sea:Cuba, Hispaniola (Haiti and the Dominican Republic), Puerto Rico, Jamaica, and the Cayman Islands.

Antilles: Europeans used the term Antilia as one of the mysterious lands featured on medieval charts, sometimes as an archipelago, sometimes as continuous land of greater or lesser extent, its location fluctuating in mid-ocean between the Canary Islands and Eurasia.

West Indies: the Greater Antilles; the Lesser Antilles; and the Lucayan Archipelago (northeast of Cuba, east and southeast of southern tip of Florida).

The author:
From the introduction:

The well:
Let's check to see the production profile of #20460. FracFocus has no data to suggest that it's been re-fracked but a lot of neighboring wells have recently been fracked.

One book today: The Last Man Who Knew Everything: The Life and Times of Enrico Fermi, Father of the Nuclear Age, David N. Schwartz, c. 2017

The first paragraph from the preface:


My father was a particle physicist. In 1962, he and two of his colleagues conducted an experiment that demonstrated the existence of two distinct types of "neutrinos," ghostly subatomic particles that can pass through hundreds of millions of miles of lead without bumping into a single atom. Hypothesized in a leap of imagination by the acerbic Viennese physicist Wolfgang Pauli, the neutrino's creation in radioactive processes was first explained by Enrico Fermi, who also gave the particle its Italianate name, meaning "little neutral one." The 1962 experiment -- a direct legacy of one of Fermi's most famous scientific achievements -- made the front page of the New York Times and won my father and his collaborators the 1988 Nobel Prize in Physics. 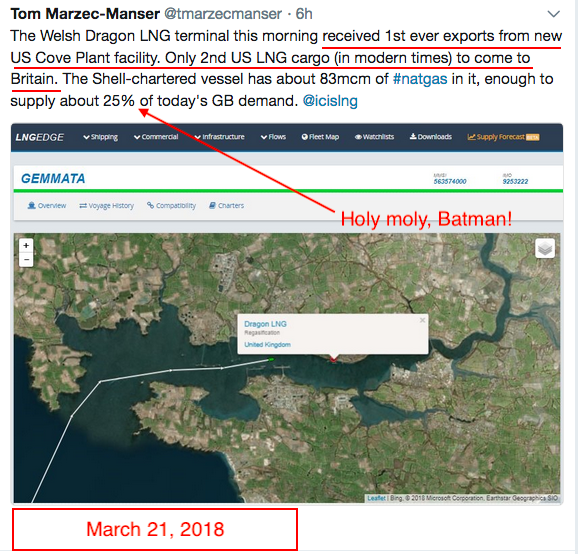 From Reuters earlier this month:


The United States is expected to become the world’s third- biggest LNG exporter by capacity in 2018, furthering President Donald Trump’s goal of American energy dominance by exporting U.S. oil and gas to help create jobs at home and provide more security to the nation’s allies around the world.

The LNG tanker Gemmata left fully loaded, according to energy data provider Genscape, which said it observed the loading of the vessel through its cameras set up to watch the facility.

Speaking of which, where is the Shaden? Apparently it's near South Africa. 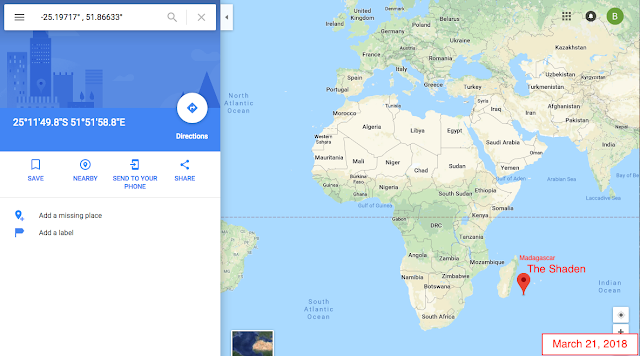 From Improbable Destinies: Fate, Chance, and the Future of Evolution (Convergence), Jonathan B Losos, c. 2017

And then there's Madagascar, sometimes called the eighth continent for the distinctiveness of its biota. We've already discussed the island's frogs and birds, but there's much more: a dwarf hippo; an adaptive radiation of lemurs, including a 75-pounder that apparently hung upside down like a sloth and another that looked like a supersized koala; ten-foot-tall, half-ton elephants birds (the heaviest birds ever to have lived); half the world's species of chameleon, which propel their sticky tongues twice their body length to snare unsuspecting insect prey; fossil frogs the size of an extra-large pizza; crocodiles that were vegetarians (so much for all that talk about healthy diets); a beetle with a giraffine neck.

And the plants of Madagascar are no less unusual, including desert forests composed of tall, slender, spine-encrusted stalks and the stout baobab tree, which looks like it's been stuck into the ground upside down with roots coming out on top.

And combining the animal and plant world, there's the orchid with a foot-long tube at the bottom of its flower and a correspodning moth wiht a proboscis equally elongated, several times the length of its body, just right for inserting into the tube and reaching the nectar at its base.

Where would primate evolution have led if monkeys and apes had not evolved? Look no further than the diversity of lemurs, found nowhere else but on Madagascar.

By the way, a couple of questions.

How many mammalian species are there in the world today?

Which mammal accounts for 1,240 of those species, at last count?

Answer: bats. Yup, bats, At least according to Jonathan Losos.

Wow, I love Joe Kernan on CNBC. This morning this interchange, paraphrased:


Steve Liesman, talking about the "Fed": "it turns out Janet Yellen was a hawk. She raised the "Fed" rate for the first time in ten (10) years.

Joe Kernan: "Did I just hear you (Steve) call Janet Yellen a monetary hawk because she raised "the rate" for the first time in ten years."

Joe Kernan: "One would think that "they" would have models for these (Fed rate) actions."

Steve: "Well, Joe, I wonder if you have models because no one else does."

Joe: "All I know is that we all know the exact global temperature one hundred years from now."

Along with five others, Joe Kernan is a national treasure.

Weekly petroleum report: link here. WTI is up almost 2% -- getting close to $65 again. 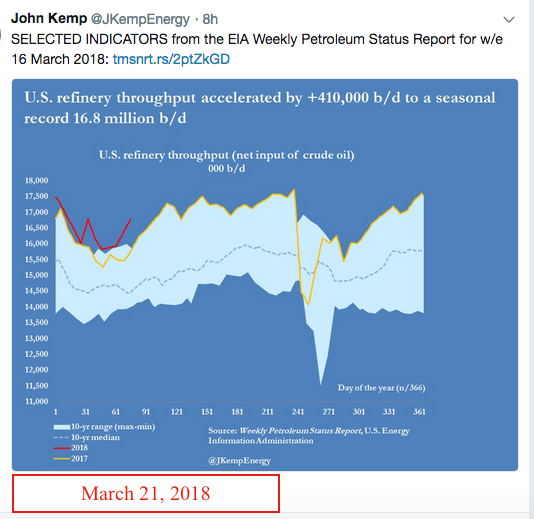 
RBN Energy: why the big spread between WCS (Canadian) and WTI (US) crude oil will stick around.


Western Canadian Select (WCS), a heavy crude oil blend, has been selling for about $25/bbl less than West Texas Intermediate (WTI) at the Cushing, OK, hub — a hard-to-bear experience for oil sands producers that have made big investments over the past few years to ratchet up their output. And the WCS/WTI spread is unlikely to improve much any time soon. Pipeline takeaway capacity out of Alberta has not kept pace with oil sands production growth, and existing pipes are running so full that some owners have been forced to apportion access to them. Crude-by-rail (CBR) is a relief valve, but it can be costly. Worse yet, production continues to increase and the addition of new pipeline capacity is two years away — maybe more — so deep discounts for WCS are likely to stick around.