I never know when to simply "update" earlier posts, or start a new post on a subject already being discussed. Whatever.

Bloomberg is reporting that Trudeau's immigration policy is giving him one huge Advil headache. I decided to give this a stand-alone post because I was frustrated that Bloomberg talked about the "ditch," but failed to provide a map of the "ditch's" location. From the linked article:


The issue is most prominent in Quebec, where it’s been percolating for 18 months. A makeshift processing center has even been built in the French-speaking province, at a border crossing that had been little more than a dirt path through a ditch.

The Royal Canadian Mounted Police arrested waves of people as they exited taxis, dragged out luggage and crossed over from New York state. Last August, more than 5,700 people were arrested crossing illegally into Canada -- nearly all in Quebec, where at one point Montreal’s Olympic Stadium was commandeered to help handle the influx.

But this year, the arrest average has been about 1,800 per month nationwide. The province has nonetheless asked Ottawa to speed up processing times for asylum claims and warned it won’t ensure housing to an unlimited number of migrants.

What frustrates me more is that Bernie Sanders and Alexandria Ocasio Cortez have not yet appeared at the "ditch" for a photo op (at least that I am aware). Surely this is must be a manifestation of a Trump immigration policy failure. Maybe they're waiting for the dead of winter when it's really, really harsh on infants being forced to crawl across the border.

Meager as their defense budget may be (previously posted), Canada will use soldiers, not for security, but for reception, housing, processing of Haitian refugees streaming across the US border.

Of course, this will only encourage the stream. 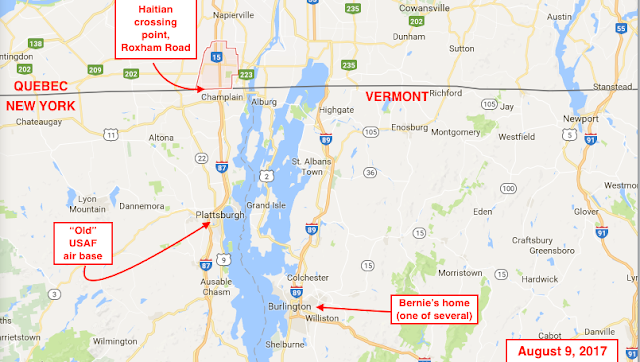 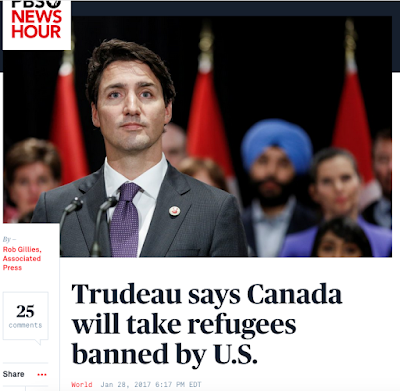 Too many asylum seekers -- illegal immigrants -- and not enough pipeline. What next?

The map above reminded me of a great book on the US Revolutionary War:


Valiant Ambition: George Washington, Benedict Arnold, and the Fate of the American Revolution
Nathaniel Philbrick
c. 2016
DDS: 973.4 PHI
I wish I had the book in my personal library but I simply have no more shelf space. Back to the library.

Email ThisBlogThis!Share to TwitterShare to FacebookShare to Pinterest
Labels: Road_To_Canada_Immigration