Snow comes 60 days early to Montana this year. Farmer's Almanac had it right -- predicting a colder winter than normal. Don has been sending me updates on the early snow in Wyoming, Montana, but I have not had a chance to post the links. In fact, I might not have posted it at all, but this could greatly affect my route to Flathead Lake, Montana, early next month. When I planned the trip some months ago I asked about snow, and "they" said it never snowed in the area I would be in October.

I forgot that my route would be over Lookout Pass, Idaho. One can see how much snow I may have to contend with at this link. 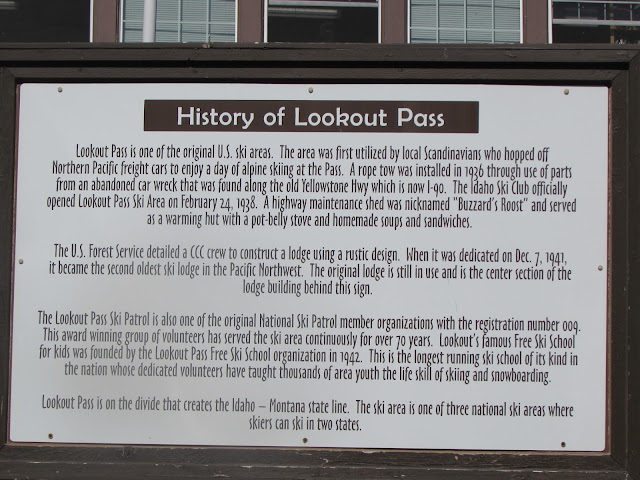 
If [the Tesla] threat is real, then why hasn't unprofitable Tesla, dependent on Wall Street for frequent capital raises, been run out of business by the rest of the auto industry? After all, there's precedence: throughout the 20th century, big auto used all of its power and political leverage to beat back or eliminate challenges, [including streetcars named desire].

The answer is simple: Tesla isn't seen as a threat.

And even though 500,000 advance orders for the Model 3 is astonishing, the traditional automakers still aren't impressed. They know that Tesla's Achilles' heel is production. Unmet demand in the hundreds of thousands isn't a boon, in this context — in a potentially ruinous burden.

This doesn't mean that Tesla won't become a threat. We're starting to hear a lot of chatter about how governments are going to mandate that half of all vehicles sold in ten or 20 years are electric. Tesla would benefit enormously from such a shift (but it would still have to build the cars).

I particularly enjoyed this line from the article:


It's what even the automotive indifferent are buying — Tesla is taking on global warming and helping us shed our dependence on fossil fuels.

Again, another writer who doesn't know where electricity comes from. I would nominate this writer for a Geico Rock Award but if I nominate him/her, I would have to nominate thousands of others.
Posted by Bruce Oksol at 11:11 AM