I wanted to capture EOG activity in the Bakken as we transition from Bakken 1.0 to Bakken 2.0.

Over the next few years, I am curious to see:
The Parshall oil field can be easily divided into four unequal quarters going from the north to the south.

This is what the entire Parshall encompasses, the area outlined in green. The inset shows this area in the state of North Dakota, just east of Watford City: 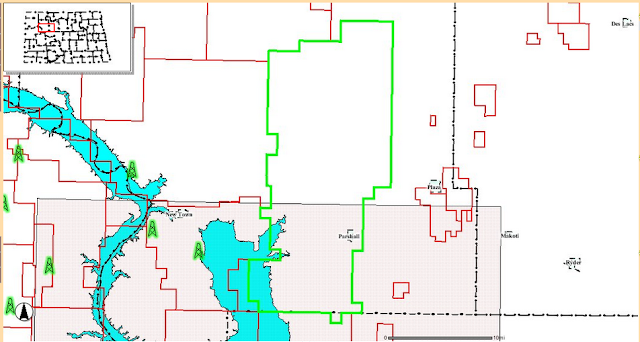 In the graphics below, I have zoomed in to get a better idea of the length of the laterals (in general) and the general well density in each of the uneven quarters. To ensure I captured the entire Parshall oil field, there will be overlap at the boundaries. In addition, there is non-Parshall acreage to the east and west in each graphic.

This is the northernmost quarter: 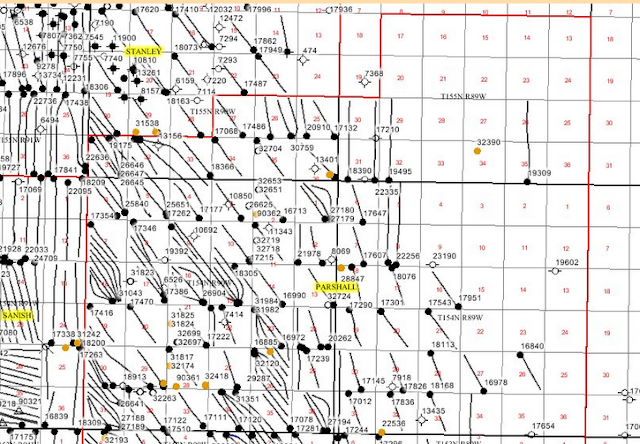 This is the southern quarter north of the reservation (the reservation is shaded brown in all these graphics; the blue, of course, is Lake Sakakawea/Missouri River): 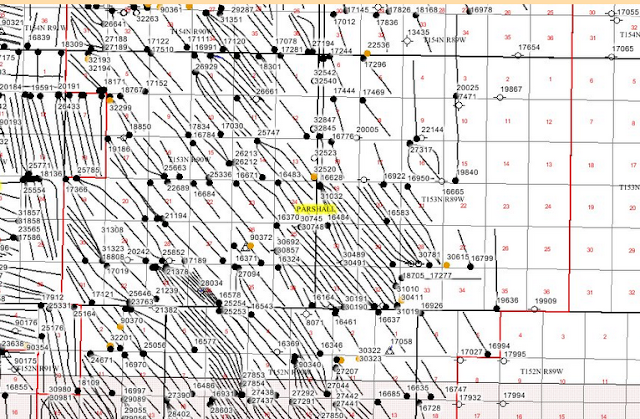 This is the northern quarter of the reservation: 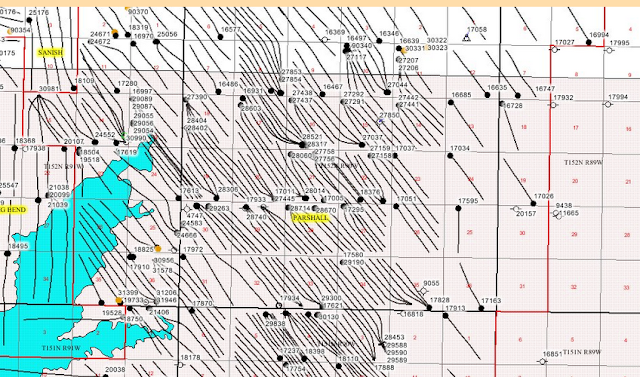 This is the southernmost quarter of the entire Parshall: 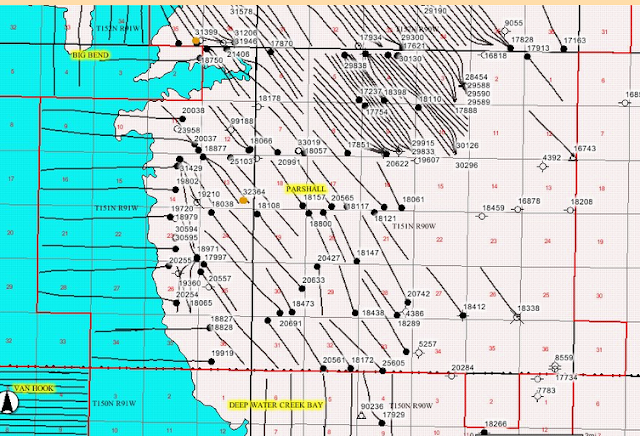