The Ogallala Aquifer: A Modern-Day MacGuffin

This describes the Ogallala reservoir perfectly as it relates to the Keystone:


A MacGuffin (sometimes McGuffin or maguffin) is "a plot element that catches the viewers' attention or drives the plot of a work of fiction." The defining aspect of a MacGuffin is that the major players in the story are (at least initially) willing to do and sacrifice almost anything to obtain it, regardless of what the MacGuffin actually is. In fact, the specific nature of the MacGuffin may be ambiguous, undefined, generic, left open to interpretation or otherwise completely unimportant to the plot. Common examples are aquifers, money, victory, glory, survival, a source of power, a potential threat, or it may simply be something entirely unexplained.

Okay, you caught me. I added "aquifers" to the paragraph above.
Posted by Bruce Oksol at 8:32 PM No comments:


TransCanada says it supports proposed legislation within the State of Nebrasa to move the Keystone XL pipeline project forward. This legislation, introduced Monday, November 14, 2011, in the State legislature, if passed, will ensure a pipeline route will be developed in Nebraska that avoids the Sandhills.

One last try? It will be interesting to see the next argument the environmentalists come up with.


Days after the Obama administration threatened to delay approval of a planned oil pipeline from Canada to the Gulf of Mexico -- angering unions while appeasing environmentalists -- the company seeking to build the pipeline says it's willing to reroute the project to get it back on track.

I think it's pretty clear to all that jobs are not very high on the president's list.  Except his.
Posted by Bruce Oksol at 7:17 PM No comments:

Truly Incredible -- All The Building Activity in the Bakken

Gregg has sent me photos of the following building activity in Minot. If I find time, I will post some of the photos. For now, here is the list:

I was most curious about the BHI Super Site: BHI is putting one of these structures in Minot, Dickinson, and Williston.  Based on the photos of the one in Minot, Williston appears to be further along, but I don't know when the Minot photo was taken.
A big thank you to Gregg for sending these.
Here's the BHI site: 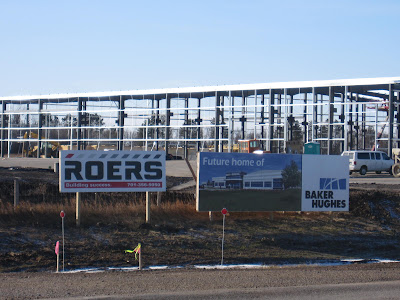 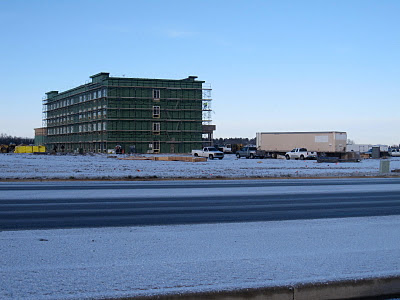 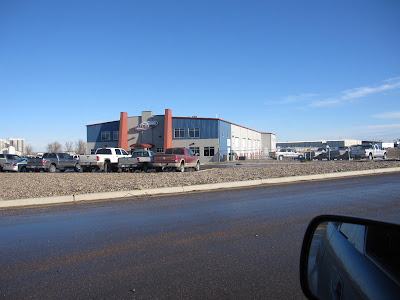 Another new motel, of several: 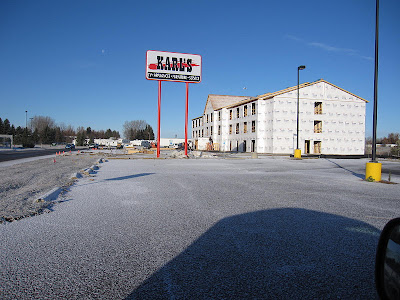 Enough for now. If anyone wants to see one on Gregg's list that I did not post, let me know.
Posted by Bruce Oksol at 7:11 PM No comments:

Almost as good as the Bakken.
Posted by Bruce Oksol at 7:01 PM No comments:

Silver Lining In Every Cloud -- The Bakken, North Dakota, USA

As noted earlier, the Keystone XL is dead.


Keystone XL’s permit delay increases the possibility that other projects to transport oil recovered from Alberta’s oil sands to US Gulf Coast refiners will move forward, Forrest continued. The most prominent is Enbridge Inc.’s proposed Wrangler pipeline which, combined with the Calgary company’s Flanagan South project and existing Alberta Clipper pipeline, could serve a function similar to Keystone XL’s, she said.

In its Nov. 9 report of financial results for the third quarter and 9 months ended Sept. 30, Enbridge said expansion of Enbridge Energy Partners LP’s Line 5 and reversal of the segment of Enbridge's Line 9 from Sarnia to Westover, announced in early October, would provide increased access to US Upper Midwest and Ontario refineries Canada for light crude produced in western Canada and the US.

It said Wrangler, which it announced in late September as a proposed joint venture with Enterprise Product Partners, would transport crude from the Cushing, Okla., hub to Texas Gulf Coast refineries. Enbridge is also developing the proposed Flanagan South Project to add capacity to Cushing from its Flanagan, Ill., terminal, Enbridge said.

Pipeline capacity also is needed to move light crude produced from North Dakota’s Bakken shale and other US Midcontinent tight oil formations, she continued. “Based on our view of growth in Canadian oil sands and tight oil production, over the next 5 years North America will need both the Keystone XL and the Enbridge projects in order to create enough takeaway capacity to prevent bottlenecks,” Forrest said.


“If no pipeline solutions occur in the next few years, we are likely to see a very significant build out of rail capacity, which has higher transportation cost than pipelines, to bring Canadian oil sands and Midcontinent tight oil to new markets,” she added.

One almost gets the feeling the crude-by-rail oil-loading facility promoters knew the Keystone XL was dead. There are least ten such facilities on-line or being built in North Dakota.
Posted by Bruce Oksol at 6:49 PM No comments:

Nice Well In Williston, The Heart of the Bakken, North Dakota, USA

The well is just inside city limits on the north side, about a half mile west of Million Dollar Way. Hooah!

The long lateral parallels Million Dollar Way about one half mile west, and runs south toward the center of the west side of Williston, ending just before the bypass, right under the airport, just short of 26th Street.

Wow, that's the second nice well inside city limits (at least the second one; there could be more). Last night I reported on this one, on the south side of the city:

Whiting has two more permits in its cash cow, the Sanish.

Of four wells released from "tight hole" status, two were completed. OXY USA reported a great well:
In addition, four producing wells reported IPS, including this nice one:
In addition, a nice Madison well:
CLR reported a dry well (20182, Nyla 1-17H, McKenzie County) but quick look at the report, suggests problem while cementing the well.
Posted by Bruce Oksol at 6:24 PM No comments:


The homes from 2:15 to 2:25 are the first of 10 we're building in that area. We're priced nearly $80,000 or more under comparable homes in Williston! We're trying to build homes that are affordable for anyone, families, non-oilfield employed people too!!

We've got hundreds of homes to build homes in Ray, Tioga, Belfield, and Dickinson too!

This is one small area of construction in Williston, probably about four city blocks:

Quebec (Canada) is soon to have huge surplus of electricity, but it will cost more due to more expensive wind turbines and dams being put in, in the face of very, very inexpensive natural gas.

“If there is an energy shortage everyone is really upset,” he noted.

“What could be criticized is the very aggressive development of wind power, small hydro and large hydro — all at the same time.”

Hydro-Quebec’s domestic supply forecast is only part of Quebec’s energy picture, a complex tableau that is often obscure and further complicated by the fact that Hydro-Quebec’s production and distribution divisions are under one roof.

The wind farms “were forced on Hydro-Quebec” by the provincial government, which wanted to promote regional development and market sustainable development rather than meet energy needs, Pineau said.

Energy from new dam complexes will be valuable in the long term but in this economic downturn and with energy markets awash with low-cost natural gas, Hydro-Quebec faces some difficult years, he said.

The wind farms “were forced on Hydro-Quebec” by the provincial government, which wanted to promote regional development and market sustainable development rather than meet energy needs, Pineau said. -- Yup.
Posted by Bruce Oksol at 8:47 AM No comments:

Over the weekend it went to 201, tying the record, so I knew it could hit a new record today. I checked often, caught the 202. Moments later, it was gone, but to 200, but a reader said it actually got to 203. The reader is a reliable source, so I have put 203 as the new record.

Email ThisBlogThis!Share to TwitterShare to FacebookShare to Pinterest
Labels: RecordRigs

Something I Did Not Think I Would See in Williston For a Long, Long Time -- The Bakken, North Dakota, USA

Also, note the temperature -- 42 degrees in mid-November, no precipitation, no wind -- 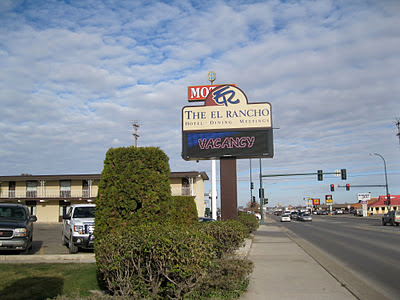 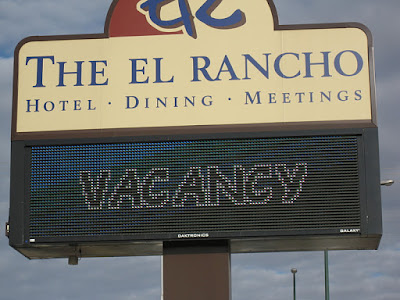 "We've" been flirting with this record for quite some time.
Posted by Bruce Oksol at 6:36 AM No comments: